That seemingly doesn't sit well with the 'Love and Hip Hop: Miami' star's boyfriend Balistic Beats, who later looks at Stew and says, 'Me and you need to have a conversation.'

AceShowbiz - Michel'le and boyfriend Stew are trying to make their relationship work, but it will not be easy if one of them constantly compares themselves to others. Unfortunately, that was Michel'le was doing in the Thursday, February 13 episode of "Marriage Boot Camp: Hip Hop Edition" in which she sent everyone into frenzy with a shocking claim about Joseline Hernandez.

In the episode, Michel'le confidently revealed that the "Love & Hip Hop: Miami" cast member was more of her boyfriend's type than she was. Not only others, the claim also surprised Joseline herself.

That seemingly didn't sit well with Joseline's boyfriend Balistic Beats, who later told Stew, "Me and you need to have a conversation." Stew also confronted his own girlfriend over her allegations in a private confessional. "Why on God's green Earth would you say something as stupid as Joseline is your type?" she asked Michel'le. "She's never met any of the women that I've dated, so to me, this illusion of a type is a figment of her own imagination."

Meanwhile, Dr. Ish and Judge Toler attempted to get the group back under control. Judge Toler looked at Michel'le before saying, "Everybody in here thinks that you are so way off on that." However, Michel'le insisted that it was because Joseline was a beautiful woman unlike herself. That prompted Judge Toler to tell her, "I rarely say people are wrong, but you got that wrong."

That didn't change Michel'le mind. She said that Stew loved beautiful women and she didn't think she was belong to the category. Additionally, Stew is younger than her and seemed to be something that added to her insecurities about their relationship as she thought that everyone except her was his type. 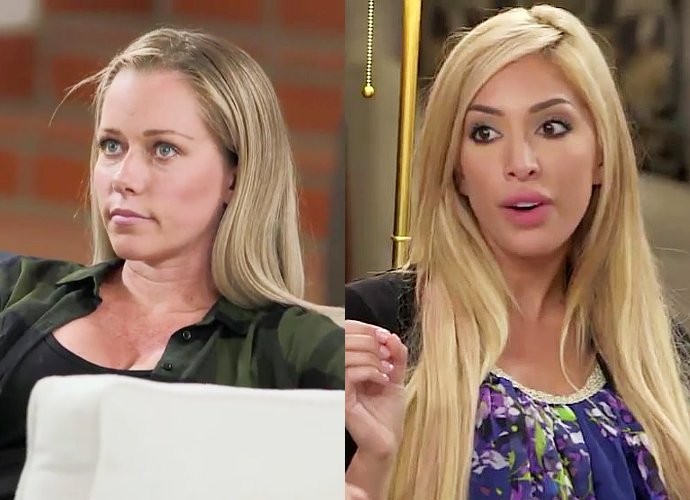