The 'Love Yourself' crooner is facing criticisms on the internet for uploading pictures of babies with hashtag 'yummy' to drum up attention to his newly-released single.

AceShowbiz - Justin Bieber came under fire for posting pictures of babies on Instagram with hashtag #yummy to promote his new single of the same title. The babies were all cute and adorable but people were not impressed since the song insinuated sexual acts. 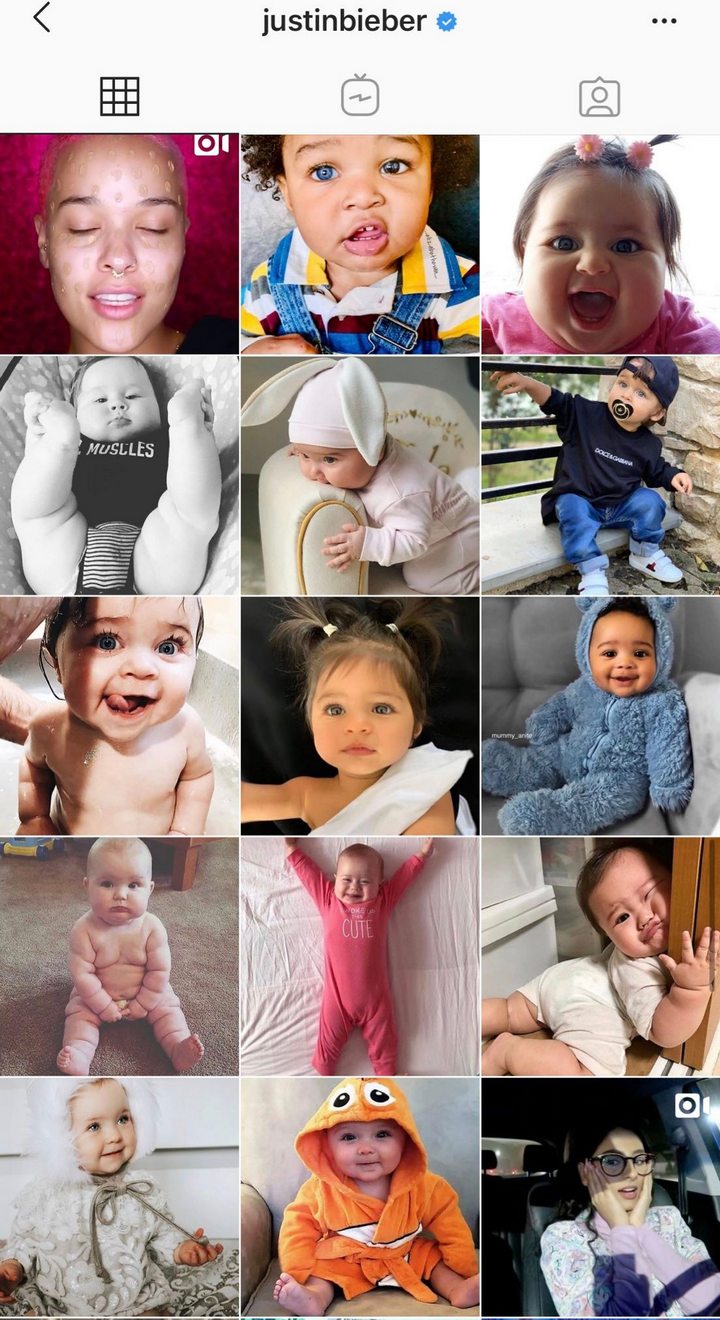 Justin Bieber posts pictures of babies to promote his song

"Anyone know why Bieber is posting pics of babies with #yummy???? Kinda weirdchamp," one wrote. Another commented, "What the HELL is Justin Bieber doing? Some Pedo/ cannabilistic s**t right here. Who the f**k posts babies in weird positions and captions it #yummy."

Some said Bieber and his team wanted to start a cute baby #yummy trend, but many still thought it was inappropriate. "Isn't yummy a metaphor for pu$$y in that song?" one commented. Another wrote, "Kinda weird considering the song is sexual." More similar comments: "Whoever's idea this was needs to be fired," "It has no correlation to the song," and "Tone deaf af."

A few suggested the singer might give a hint at his wife Hailey Baldwin's pregnancy. However, people were quick to post a picture of the model from the recent Golden Globe after-party and point out that she didn't look pregnant.

A perplexed individual said, "Right I'm trying to make sense of this...and maybe it's like 'you got that yummy, imma put a baby in you.' " Another commented, "This is what I was thinking, he's just going about it the wrong way."

"This is probably his way of drumming up baby rumors to gain attention to this under performing song," one person shared their theory before adding, "He posted this stuff without thinking it through or being mindful of the optics, its gross and desperate."

All in all, even if it was a challenge, song promotion, or pregnancy annoucement, many people thought it was a blunder.

Halle Berry Loves It When Rappers Name-Drop Her on Songs

Chris Martin Keen to Perform on the Moon