According to the star, the organization is 'attempting to break out of its cleanup agreement' after a lot of people believe that the contaminated Santa Susana Field Lab is the cause of cancers among the resident.

AceShowbiz - Kim Kardashian doesn't only fight for those who need justice amid unfair prison sentence, but also for those who have been wronged by big organizations. The reality TV star and entrepreneur took to her Twitter account on Monday, December 2 to call out NASA over an issue that has been concerning the resident near Simi Valley, California.

NASA is currently to blame for the contaminated Santa Susana Field Lab that is believed to be the cause of cancers among the resident. According to Kim, the space organization has "agreed to legally pay for the clean up knowing this was their test sight where they would test rockets." However, it appears it's trying to back out now. 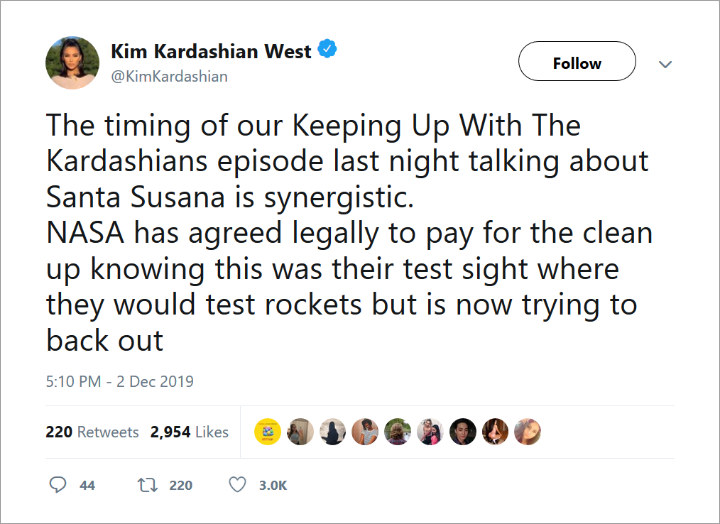 This doesn't sit well with Kim, who wrote on Twitter, "NASA is attempting to break out of its cleanup agreement and leave most of its contamination not cleaned up. The public can weigh in on their plan by sending in comments to NASA by December 9." 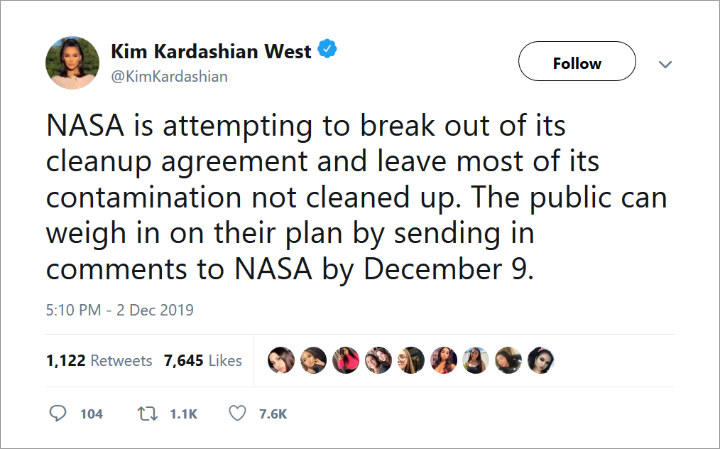 However, according to Kim, it's trying to back out of its agreement.

The issue was also brought up in the latest episode of "Keeping Up with the Kardashians", in which Kim and Kourtney Kardashian met the West Hills resident who shared their stories about how the contaminated area in the hills above San Fernando and Simi Valley affected their lives. Melissa Bumstead, who lives within 20 miles from the field, said that she believes her daughter became sick with a rare form of leukemia due to the release of radiation from the field.

Following the episode, Kim asked her followers to send a message to NASA to demand a full cleanup of the area while mentioning Melissa, "She's one of several parents who need your help pressuring @NASA to clean up the site. ...The moms fighting to protect their kids need your help." 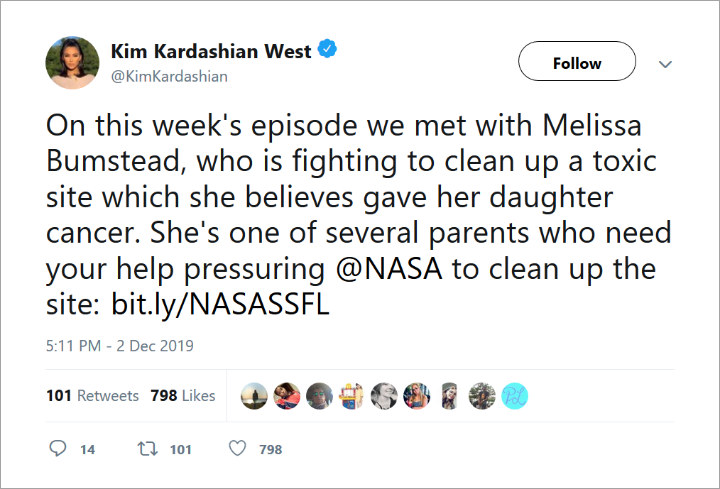 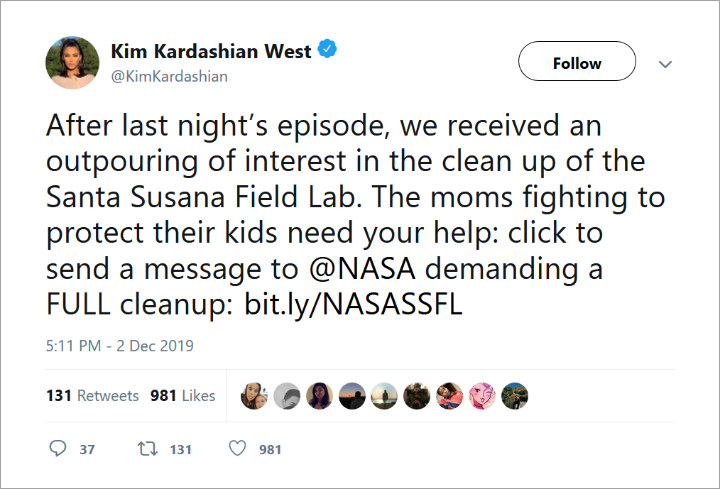 So far, NASA has yet to address this issue.

Kim Kardashian Defends Her SKIMS Collection: It Isn't 'to Slim But to Support'