In the latest episode of her talk show, the 55-year-old TV personality shades the pop superstar by saying that people's taste 'has cheapened throughout the years.'

AceShowbiz - Unlike other people who were congratulating Taylor Swift for being the first singer to receive Artist of the Decade honor at the American Music Awards, Wendy Williams wasn't feeling it at all. Naturally, the talk show host let out her feelings in the Monday, November 25 episode of her show and successfully faced backlash from the singer's devoted fans.

During the episode, Wendy expressed how she didn't quite seem to understand how Taylor could have more awards than several legends in the music industry and be honored with the Artist of the Decade trophy. Even though the 55-year-old admitted the pop superstar is talented, she just couldn't forgive her for receiving more awards that Michael Jackson.

"And Artist of the Decade?! Is she who's been firing you up for the last 10 years?!" Wendy continued, before shading Taylor by saying that she wasn't relevant until her infamous moment with Kanye West at the MTV Video Music Awards years ago. "I do like her. I'm not quite a Swifty. I didn't really know her until Kanye brought her on stage all those years ago."

She went on saying, "But you know what? I think that taste has cheapened through the years in a lot of things. The quality of clothes we buy, they get tattered and torn really quick. The quality of food we buy, we're being poisoned by a lot of crap. Just life in general I think has cheapened and I don't mean this in a bad way to Taylor, but it's unbelievable.. I appreciate her, but Artist of the Decade?"

Fans of Taylor naturally came to her defense following the episode, with one making a reference to Wendy's divorce from her estranged husband Kevin Hunter. "No wonder wendy's husband dumped her toxic a**. She's so full of herself," someone wrote. "Not Wendy Williams saying things have cheapened (referring time people liking Taylor's music) when she's wearing that gross a** frumpy dress and her plastic surgery is botched lmfao."

One person couldn't keep calm and wrote in all caps. "WENDY WHAT HAVE YOU DONE THIS DECADE? BESIDES THROW SHADE AND GET INTO DRAMA." There was also an individual who dubbed the TV personality "the most annoying b***h ever to have a show on live television," as one other commented, "I just saw that Wendy video and my blood is literally boiling. I'm so sick of people questioning Taylor's legitimacy as an artist. It physically pains me."

Taylor Swift's 'Carolina' From 'Where the Crawdads Sing' Is Finally Out 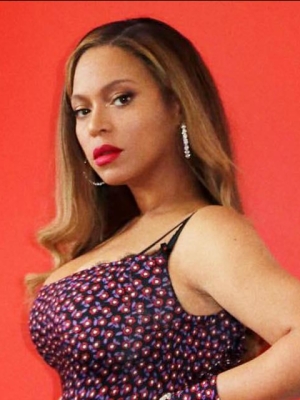