The oldest son of Victoria and David Beckham is photographed packing on public display of affection at a Halloween party with the 'Transformers: Age of Extinction' actress.

The 20-year-old aspiring photographer looked smitten as he embraced the 24-year-old actress from behind and kissed/nuzzled her neck. The Brit donned a striped prison jumpsuit while the blonde stunner showed off her curves in a black bra top. 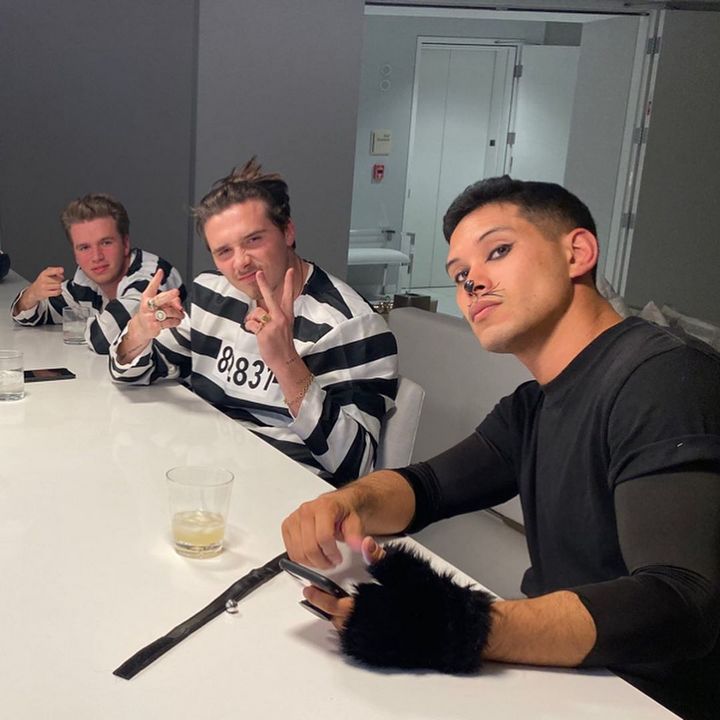 The lovebirds were joined by Nicola's brother Will who wore a cat makeup and ears as well as a kitty collar. It seemed that Brooklyn got along pretty well with Will as the latter posted pictures from the bash on his Instagram page as well. 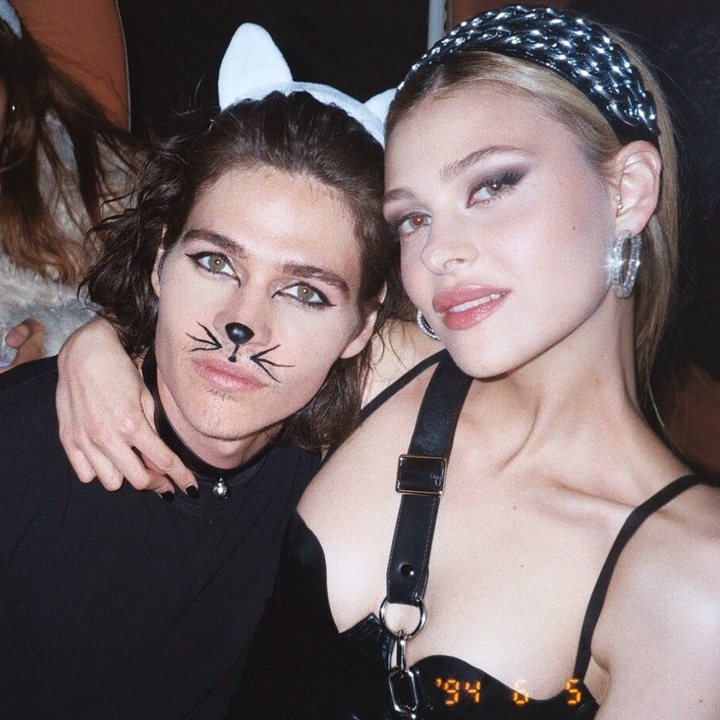 Nicola Peltz and her brother at Halloween party
See also...

Brooklyn and Nicola sparked dating rumors after they were seen leaving Leonardo DiCaprio's Halloween party together. The couple fueled the internet chatters by having dinner at TAO in Los Angeles and at The Nice Guy in West Hollywood, all in the same week.

On top of that, Nicola had been leaving comments on Brooklyn's Instagram page. She left an angel emoji in in one of his photos and posted a heart-eye emoji in another picture. Although they had been spotted together on several occasions, the Halloween picture marked the first time the couple got cozy.

He was previously in an on/off relationship with actress Chloe Moretz. After their breakup, he was linked to French model-singer Sonia Ben Ammar before hooking up with Hana who has since moved on with new boyfriend Nasser Alfalla.

Meanwhile, Nicola who also starred in an episode of "Marvel's Inhumans" previously dated Anwar Hadid who has since moved on with singer Dua Lipa.