It's been reported that some fans of the 'Boom Clap' singer have been bringing inappropriate objects to meet and greets and making the pop star uncomfortable.

AceShowbiz - Charli XCX has come to the defence of her fans following reports suggesting they are taking advantage of her at free meet-and-greets.

One recent online article suggested some of the singer's devotees have been bringing inappropriate objects, like personal hygiene products, to autograph sessions, making the pop star uncomfortable.

But the "Boom Clap" singer took to social media on Wednesday, October 30 to make it clear she's never offended by her fans and rarely has a problem about anything she is asked to sign.

"I do not think my fans have been abusive towards me and meet and greets: please stop saying that they have been," the "Boys" hitmaker wrote. "I do these meet and greets because I genuinely want to hear from you all and I don't want to charge you for my time because I personally don't really like that...". 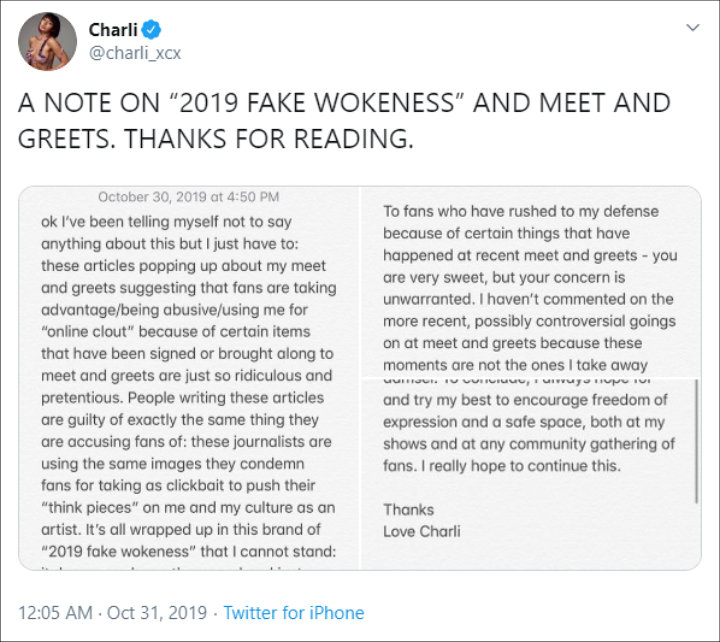 "if you're a journalist - maybe ask me for my opinion before you try and paint me out as some kind of helpless damsel."

Artist of the Week: Charli XCX