Is This Hailey Baldwin's Response to Selena Gomez's Song? The Model Shares Song 'I'll Kill You'

Soon after 'Lose You to Love Me' is released, the new Mrs. Bieber lets her online fans know that she's listening to a song about a woman who is very possessive of her lover.

AceShowbiz - Hailey Baldwin shared a cryptic post soon after Selena Gomez dropped a brand new song titled "Lose You to Love Me" reportedly inspired by Justin Bieber. Although Hayley didn't mention anything about Selena, fans were convinced her new post was a response to Selena due to the timing and lyrics.

Hailey allegedly threw shade at the former "Wizards of Waverly Place" actress when the 22-year-old newlywed let her social media followers know on Instagram Story that she was listening to a song called "I'll Kill You". It's a track by Summer Walker featuring Jhene Aiko. 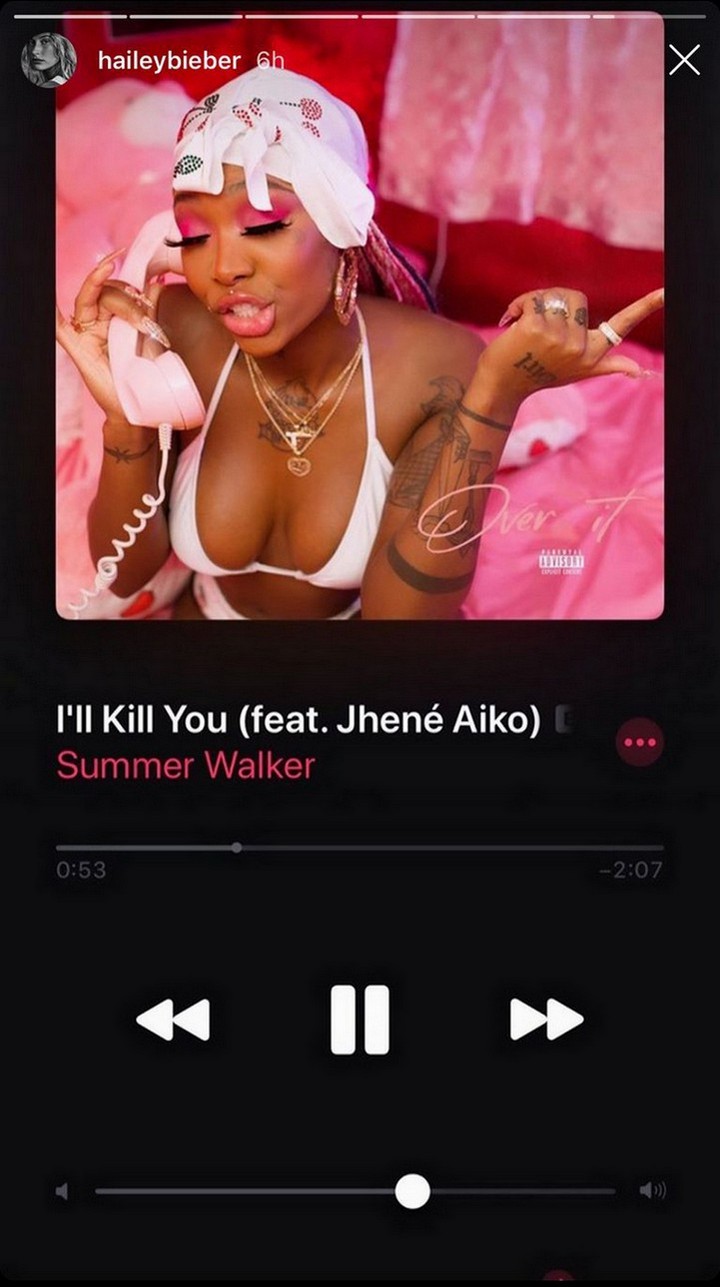 "I've been waiting so long for a love like this," the lyrics read. "Try to come between us, it won't end up good / You know I love you like no one else could / I'd go to Hell and back for ya / Bend over backwards, acrobats for ya, yeah / I'd go up to bat for ya / Even when s**t lookin' bad for ya."

"Selena Gomez released a song," a fan commented, "and like 5 minutes later Hailey Baldwin posted this." Another wrote, "It's not a coincidence to post this story right after the song is dropped."

In her song, Selena talked about an on/off relationship with an unnamed lover. "We'd always go into it blindly / I needed to lose you to find me / This dance it was killin' me softly," the lyrics read. "In two months you replaced us like it was easy."

"This song was inspired by many things that have happened in my life since releasing my last album," she said of inspirations behind her new music. "I want people to feel hope and to know you will come out the other side stronger and a better version of yourself."

Kate Beckinsale Has to Wear Fake Boobs for Her New Movie