One film fan expresses disappointment at the comment made by the 'Apocalypse Now' director after accepting his Lumiere Award in France, while another would rather watch MCU film than his movie.

"When Martin Scorsese says that the Marvel pictures are not cinema, he's right because we expect to learn something from cinema, we expect to gain something, some enlightenment, some knowledge, some inspiration...," the "Apocalypse Now" director said. "I don't know that anyone gets anything out of seeing the same movie over and over again."

"Martin was kind when he said it's not cinema. He didn't say it's despicable, which I just say it is."

Coppola's comments were slammed by film fans online with one Twitter user responding: "Disappointed to see the comments by Scorsese + Coppola about Marvel MCU movies. Their comments reflect those that comic book fans have dealt w/for years from people who thumb their noses at comics + refuse to consider comics can teach/be literature because its 'beneath them.' " 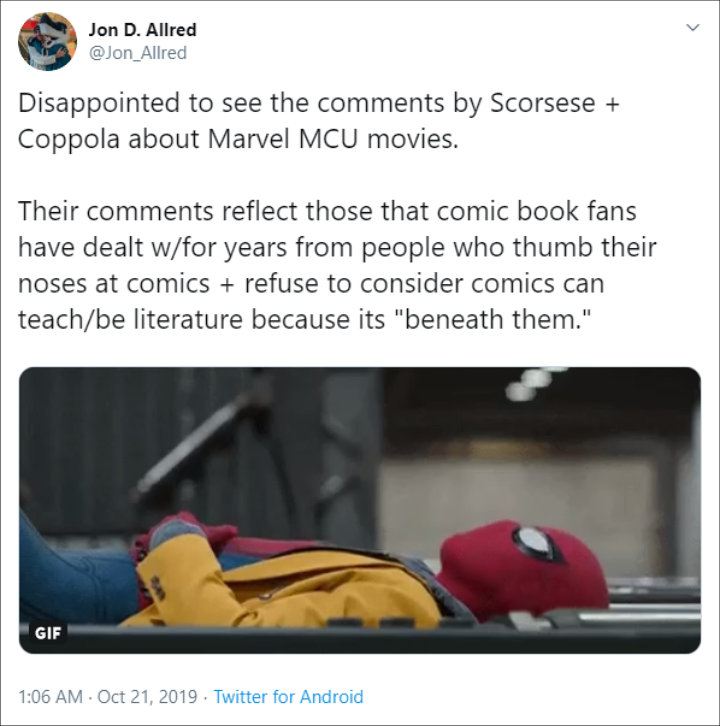 Another added: "I think I'd rather watch another Marvel movie than another Francis Ford Coppola movie at this point."

"At least Marvel movies have characters worth celebrating. I hate (these) old men directors who think movies should all be of one tone and style." 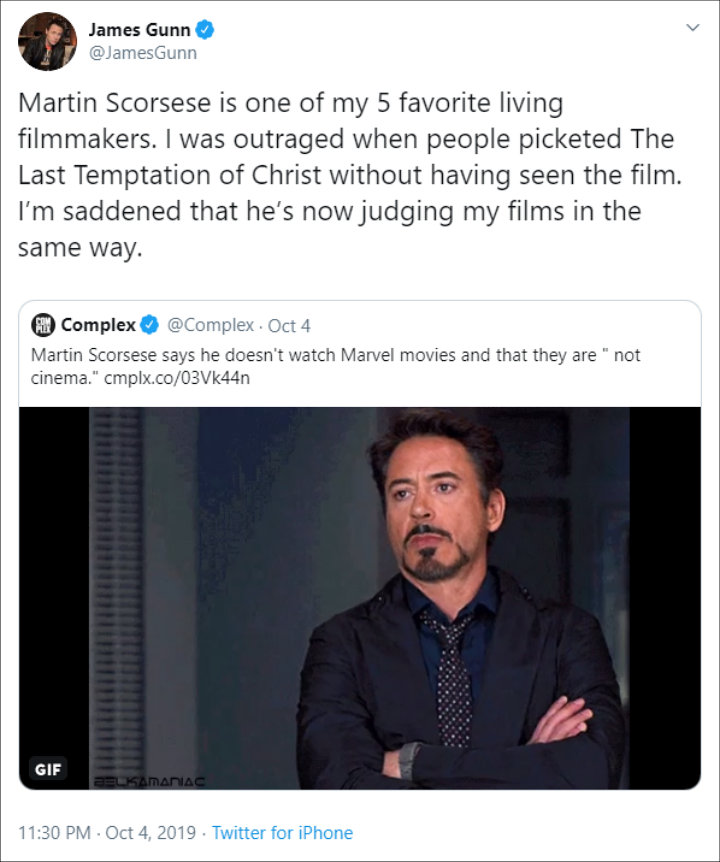 "Guardians of the Galaxy" franchise director Gunn tweeted: "Martin Scorsese is one of my 5 favorite living filmmakers. I was outraged when people picketed The Last Temptation of Christ without having seen the film. I'm saddened that he's now judging my films in the same way."