For her appearance at the event that takes place in West Hollywood, the Danity Kane member rocks a short white dress that exposes her cleavage and flaunts her slim waist.

AceShowbiz - Aubrey O'Day was among the attendees at "Marriage Boot Camp" premiere that was held in West Hollywood on Thursday night, October 10. However, as it appeared that the Danity Kane member had undergone another plastic surgery, people had a hard time recognizing her and ended up roasting the TV personality.

For her appearance at the event, Aubrey debuted a new platinum blonde bob and rocked a short white dress that exposed her cleavage and flaunted her tiny waist. She teamed it up with a pair of matching heels with ribbon details as well as several silver necklaces around her neck. To complete her overall look, the "Ex on the Beach" star brought a bright yellow handbag.

Rather than receiving praises over her appearance, Aubrey got all kinds of criticism from Internet users. Some even said that she looked like "a mess" at the event, with one saying, "She looks like a morphed blow up doll and her face is disgusting she once so pretty and freshed face smh." Someone likened her to a "bloated angry bird," as another wrote, "Aubrey looks terrible. She has completely butchered her face and body."

"Aubrey used to be a very pretty girl WTF happened...was this before or after Trump's son...this doesn't make any type of sense," one other commented, with an individual echoing the sentiment, "Aubrey O'Day use to be pretty. It's sad what low self-esteem and mental illness can do."

The criticism aside, it looked like Aubrey was having a blast during the event, which were attended by the likes of Aaron Carter, Farrah Abraham, Brandi Glanville as well as "The Real Housewives of Orange County" star Gretchen Rossi. Aubrey shared several pictures from the event on Instagram Stories, including a photo of her posing with fellow TV star Natalie Nunn. 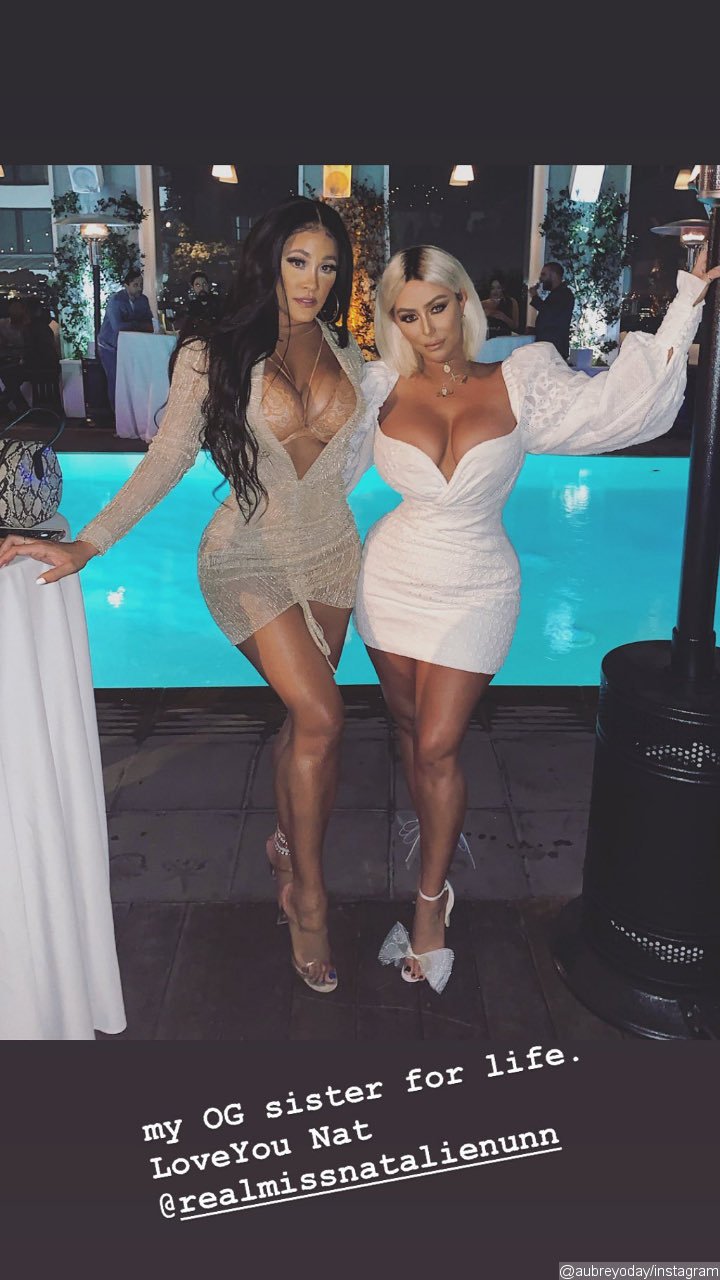 "My OG sister for life. LoveYou Nat," so she wrote on the image.