The accident that took place near San Luis Obispo as the 'Your Man' singer's crew was heading to a show in Yakima, Washington sends eight people to hospital with major and moderate injuries.

AceShowbiz - A member of country star Josh Turner's road crew has been killed in a bus crash in California.

Eight people were hospitalised following the accident near San Luis Obispo on Wednesday night, September 18, and one person was later pronounced dead.

The crash took place as the road crew was heading to a show in Yakima, Washington following the singer's concert at Vina Robles Amphitheatre in Paso Robles, California.

Of the other victims of the crash, five are recovering from "moderate" injuries, while two suffered "major" wounds.

Fire & Rescue officials have confirmed Turner and his band were not involved in the crash. 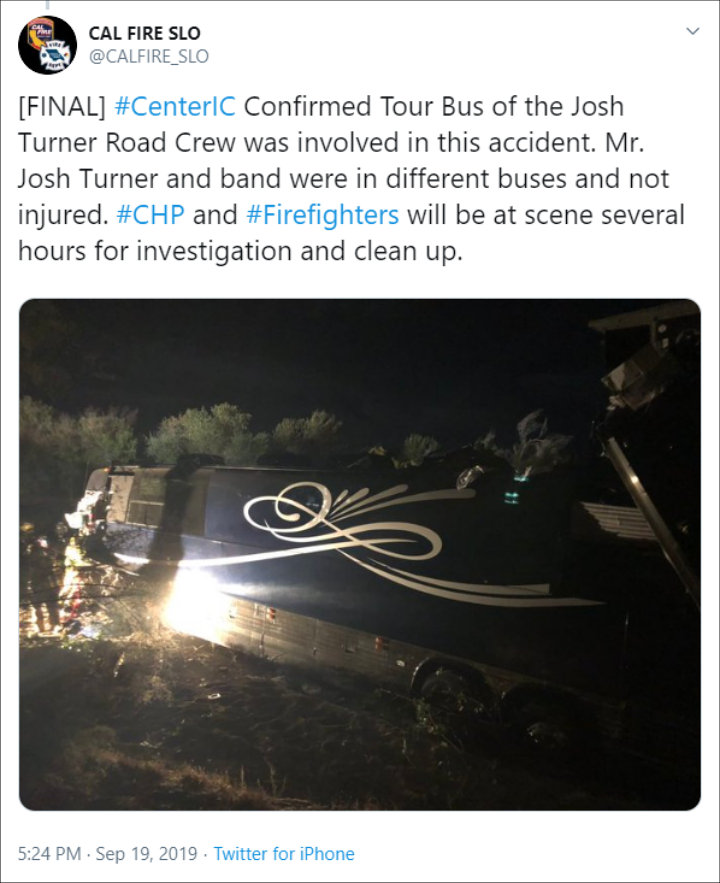 Maren Morris' husband, Ryan Hurd, was among the first people to comment on the crash on social media on Thursday, writing, "So heartbroken to hear about the crew of @joshturnermusic. This is all of our worst fears come true on the road. Sending so much love to that road family this morning."

Mark Ronson on His Feelings of Attraction: I Am Identifying as Sapiosexual