Jesse McCartney Locks Katie Peterson Up in an Engagement

The 'Better With You' singer has reportedly asked for his longtime girlfriend's hand in marriage at the Beverly Wilshire Hotel in Los Angeles, California after seven years of dating.

The "Better With You" singer, 32, asked for his girlfriend's hand in marriage at the Beverly Wilshire Hotel in Los Angeles, California on Friday night, September 13, a source told Entertainment Tonight.

After news of their engagement was reported online, Jesse confirmed the news with a photo of him and Katie kissing on his Instagram page, with the stunning engagement ring clearly on display.

"Locked it up," the former "Young & Hungry" star captioned the snap, while Katie commented, "SEVEN YEARS.. and also forever."

The exciting news came on the couple's seven-year anniversary, and earlier that day Katie, 32, shared snaps on her Instagram Stories documenting their "anniversary activities" - including the pair getting pampered at a nail salon. 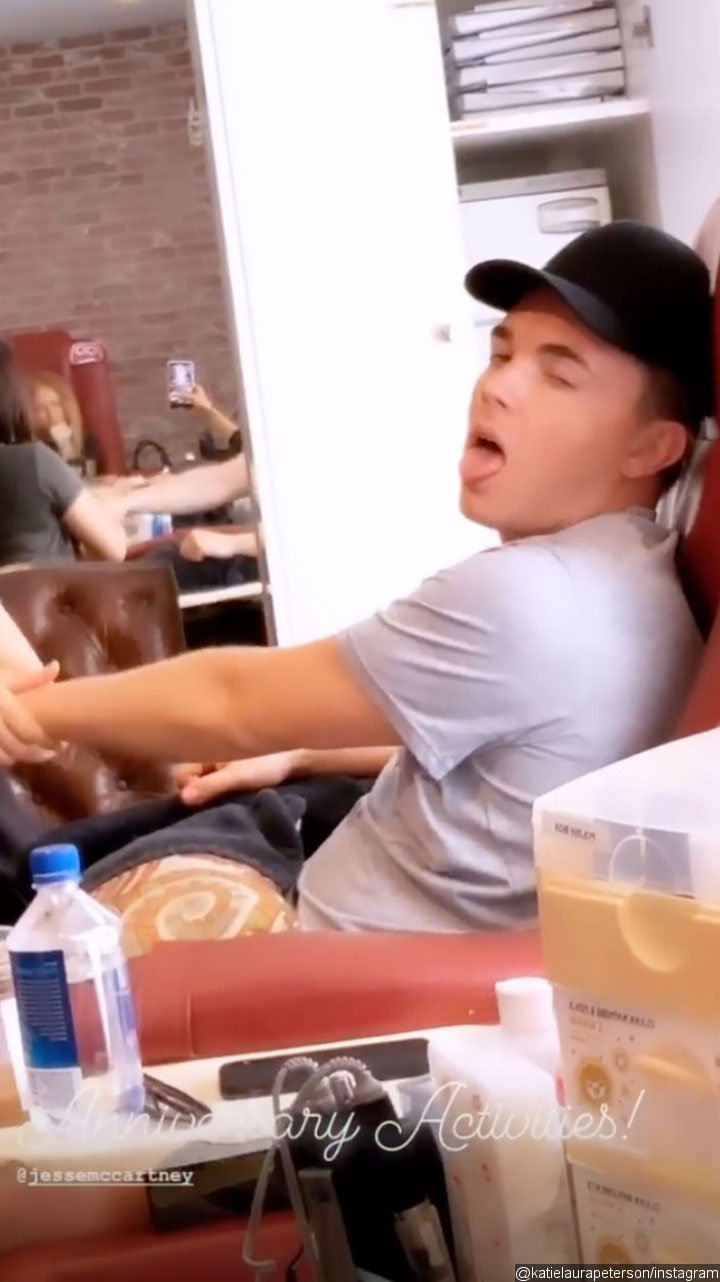 Katie Peterson posted a story of the couple celebrating their anniversary

The couple has been dating since 2012.

Cara Delevingne Spills How Ashley Benson Made Her Truly Open Up