Confirming the tragic news, fellow actor Peter Kelamis dishes that the 'Once Upon a Time' actor was riding his motorcycle when he appeared to suffer the heart failure.

The "Santa Baby" star is believed to have suffered a cardiac arrest while riding his motorcycle on Tuesday, July 23, and died later that day. He was 46.

His friend and fellow actor Peter Kelamis confirmed the sad news on Twitter, writing, "On July 23rd, my friend, Gabe Kouth (sic) appeared to suffer a cardiac arrest while riding his motorcycle and tragically died as a result."

"Gabe ALWAYS put a smile on everyone's face. My deepest condolences to his Family and friends RIP- You kind, kind soul #heartbroken #gonetoosoon." 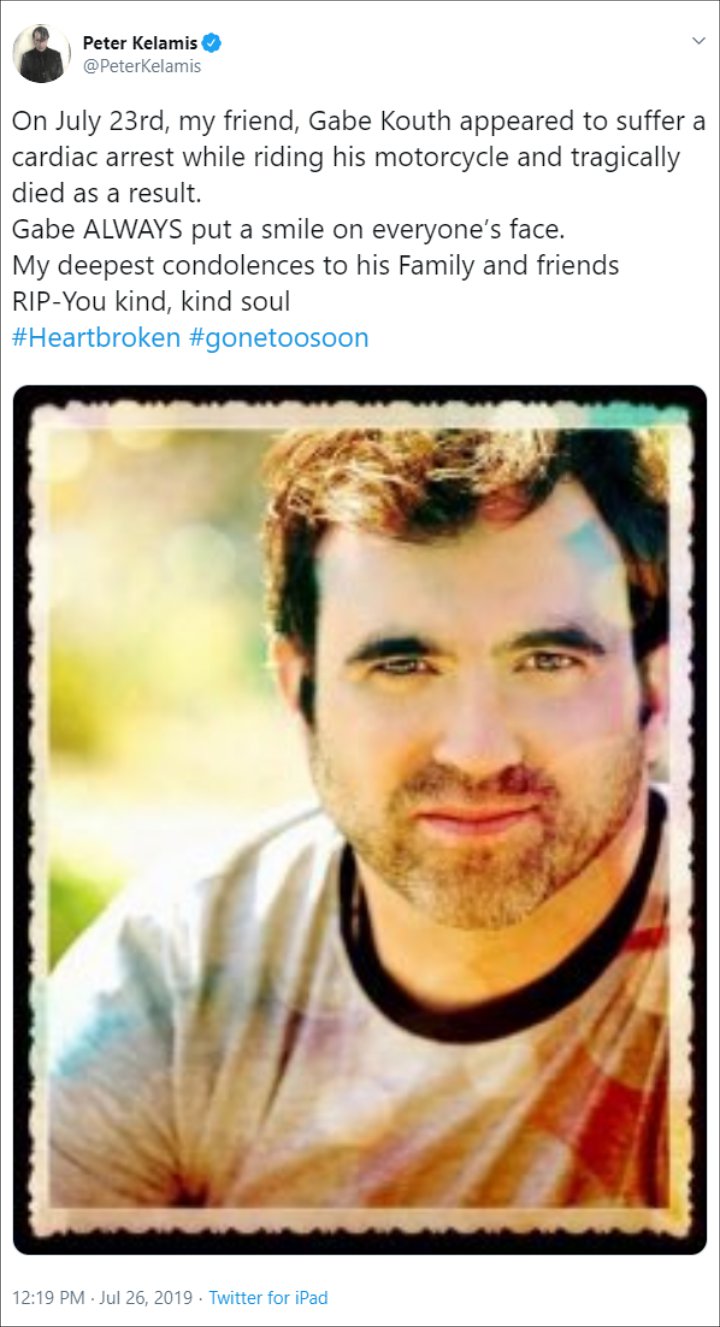 The star appeared as Skip the Elf in the festive comedy, as well as Mr Clark/Sneezy in ABC's fantasy drama series "Once Upon a Time".