The casting news has been broken out by the 'Hamilton' creator who tweeted that the Latin singer will be taking on the role of Sonny's father in the Jon M. Chu-directed movie.

AceShowbiz - Marc Anthony is set to bring his singing talents to the film adaptation of Lin-Manuel Miranda's Broadway musical "In the Heights".

The "Hamilton" creator and former star announced the big casting news via Twitter on Thursday, June 06, revealing Anthony will play a paternal role in the movie.

"Okay I actually can't hold it in anymore," he shared. "Sonny's father will be played by @MarcAnthony. It's a brief but pivotal role... And I still can't believe it." 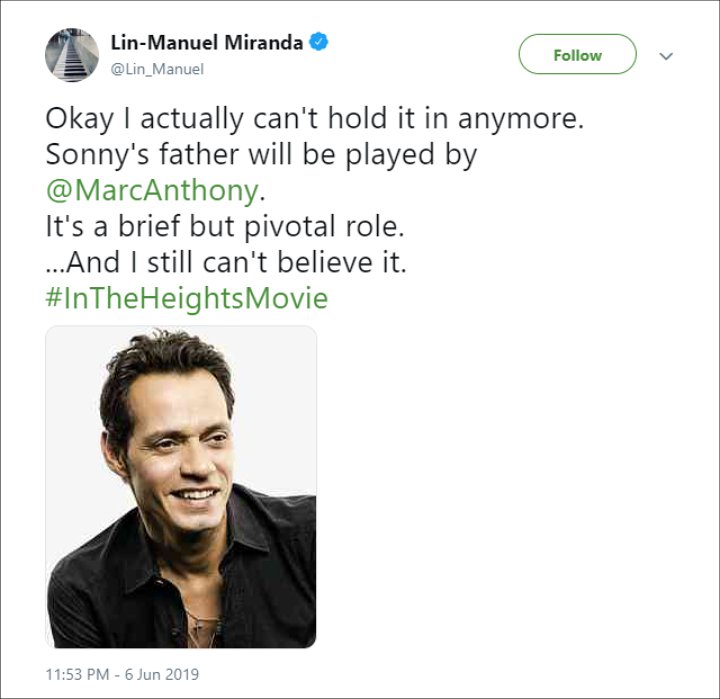 "In the Heights", which was written by Miranda and playwright Quiara Alegria Hudes, debuted on Broadway in 2005. Miranda serves as one of the film's producers.