Kutcher, the star of the Netflix comedy, reveals on his Twitter page that the fourth and final season will have 10 episodes to be aired in 2019 and another 10 episodes in 2020.

AceShowbiz - Ashton Kutcher's Netflix comedy "The Ranch" is to end after a fourth and final season.

Kutcher confirmed the news on Tuesday via Twitter, revealing the final 20 episodes will take the show well into 2020. 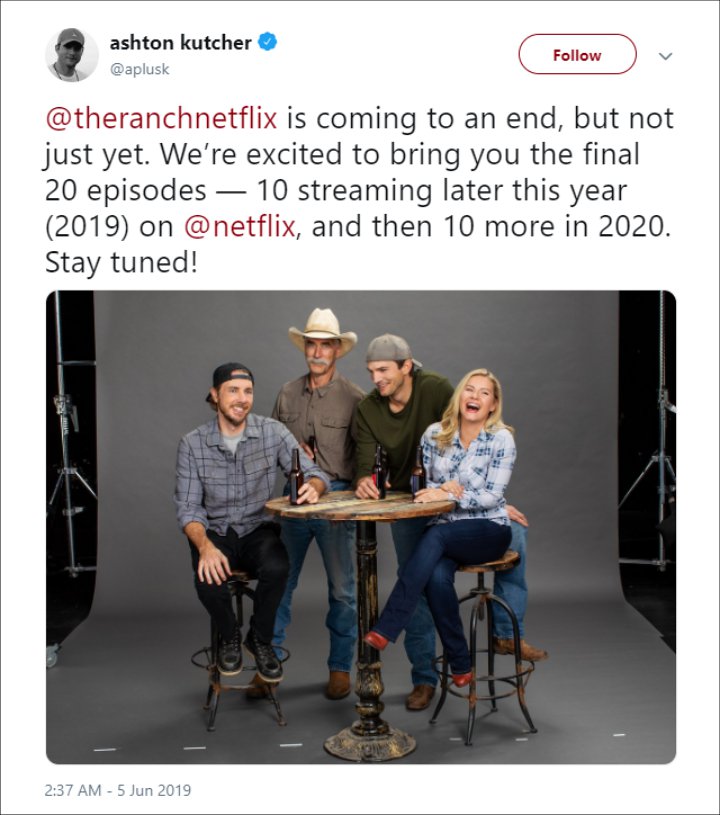 In the programme, the actor plays a football star who returns home to his family's Colorado ranch after his sports career stalls.

Danny Masterson was also an original cast member, but he was written off the show amid ongoing rape allegations made by four women against the actor.