The 'Bodak Yellow' hitmaker treats partygoers to a saucy performance at a Hollywood Palladium event to celebrate the launch of her new Cardi B Collection, hours after her husband Offset escaped a drive-by shooting.

AceShowbiz - Cardi B left fans angry for arriving 4 hours late to the Fashion Nova Presents: Party With Cardi show at the Hollywood Palladium on Wednesday night, May 8. The Bronx femcee was tapped as a headliner at the event which was held to celebrate the launch of her second Cardi B Collection with the controversial fashion house.

Lucky for her fans, the "Bodak Yellow" hitmaker knew how to compensate for her tardiness. Taking the stage in a neon green thong bodysuit, she delivered a sexy performance for the partygoers. She rapped and danced for the crowd, and at one point she got down on her hands and knees and twerked on a set of stairs. She set the pulse racing as she poured water over her head and drenched herself. 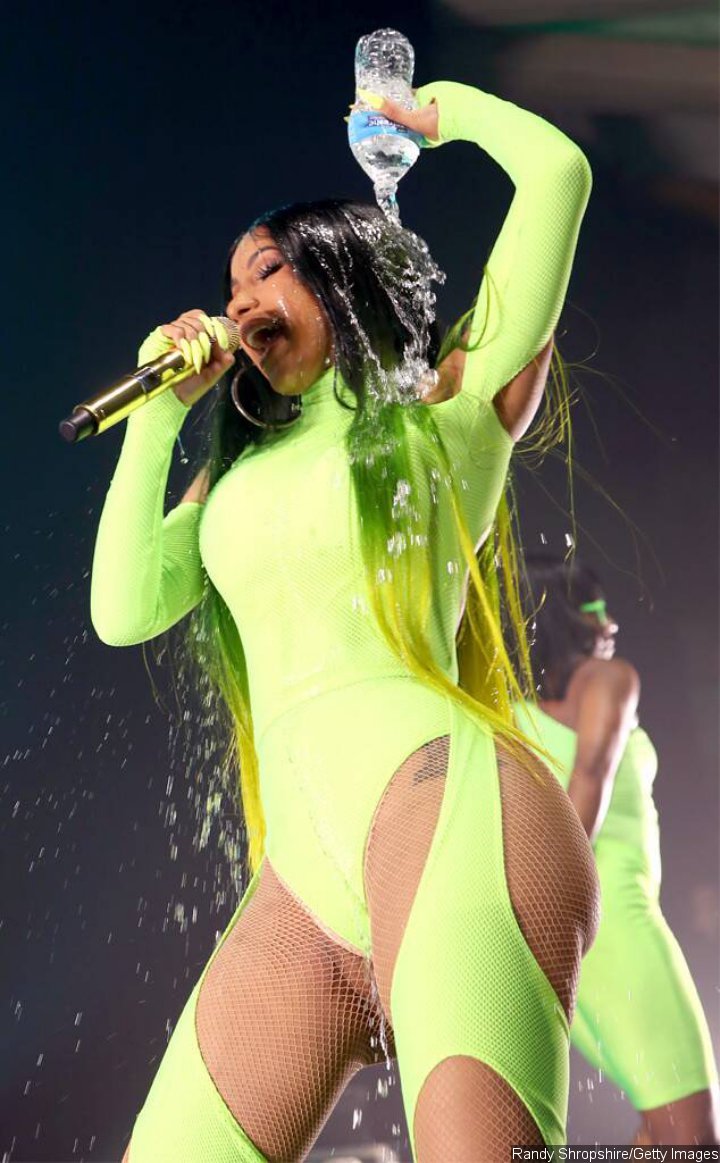 Cardi B put on a sexy show after arriving 4 hours late to a Fashion Nova party.

Fashion Nova is infamous for its revealing items, such as cut-out pants and lace-up jeans. One social media user even described its recent item called "Here for Fun Bodysuit" as "a thong with arm straps."

But Cardi said her collection wouldn't be as risque as those already existing Fashion Nova lines. "Women can wear these to work," she explained to W magaine, "[T]his year is workplace, clubbing, brunch, streets, concerts-that's what I felt."

She also made sure that her clothing line "I have fans that come in all sizes. I felt like it wouldn't be fair. I took into consideration that there are things that certain people and certain sizes can't put on, so I made sure that everything is pleasing for every woman's body-but still sexy," she told the magazine.

Cardi didn't offer an explanation for her tardiness, but her appearance at the launch party came just hours after her husband Offset got caught in a drive-by shooting. The Migos rapper was recording new music at the Crossover Entertainment Group studio in Atlanta, Georgia when bullets rained down on the building on Wednesday night.

It is not clear if he was a target of the shooter. Offset had left the place by the time they arrived. He wasn't injured in the incident, but someone reportedly suffered a gunshot wound to the leg.