The Academy reveals that the shift is done as the said series are 'continuing story threads, characters and actors reprising those same character roles from previous seasons.'

AceShowbiz - The Academy of Television Arts and Sciences has made some alterations in terms of categorization. On Tuesday, April 9, it announced that FX's "American Horror Story: Apocalypse" will have to compete alongside the regular series contenders for the next Primetime Emmy awards. This arrives after the anthology series has been considered a limited series for seven years.

Also being reclassified are season 2 of USA Network's "The Sinner" and Netflix's "American Vandal".

The Academy revealed that the shift was done as the said series were "continuing story threads, characters and actors reprising those same character roles from previous seasons." Meanwhile, limited series, according to The Academy rules, is strictly those that has "two (2) or more episodes with a total running time of at least 150 program minutes that tells a complete, non-recurring story, and does not have an on-going storyline and/or main characters in subsequent seasons."

The classification of anthology shows like "American Horror Story" and "True Detective" has been a long debate among TV community. The first installment of "AHS" competed at the Golden Globes and SAG Awards as a drama series, though it was listed as a limited series at the Emmys. The next installments feature the same principal actors, including Sarah Paulson and Evan Peters, though they have different parts and stories which make them elligible to be considered as limited series.

However, given it is a crossover installment, "American Horror Story: Apocalypse" featured characters from previous seasons of "American Horror Story". It impacted its previous strategy of the show being framed as an anthology, with each season as a standalone. Meanwhile, the sophomore season of "The Sinner" saw Bill Pullman reprising the show's central character Detective Harry Ambrose despite featuring an entirely different mystery.

Through a statement, The Academy further noted that "this re-categorization is effective for the 71st Emmy Awards competition only." With that, "American Horror Story", "American Vandal" and "The Sinner" may be back to limited series category if their next seasons feature completely different stories with brand-new characters.

Hope Solo to Have Her Controversial Life Adapted Into Biopic 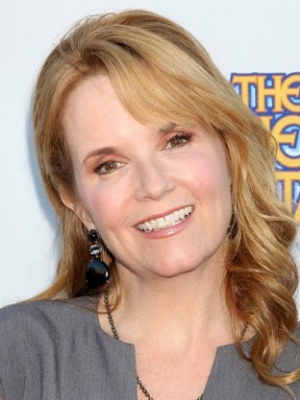