Noelle Dobie takes to Instagram to share graphic evidences of the attack, including a picture of a blood-splattered tile floor.

AceShowbiz - Just when the controversy surrounding Nicki Minaj and her boyfriend Kenneth Petty has finally died down, his ex-girlfriend has recently claimed that someone tried to kill her inside her own house. Noelle Dobie, a bartender who dated the 41-year-old in the past, took to Instagram on Tuesday night, March 19 to detail the incident and shared graphic evidences.

Along with a picture of a blood-splattered tile floor, Noelle explained that someone "came to shoot me in my own home and dropped your gun !! I'm out of commission for a few. Pray for me." Fortunately, her daughter wasn't around when the incident happened. "Thank god my daughter wasn't home and I'm thinking [sic] god I'm still alive," she said on her post, which soon was deleted afterward. 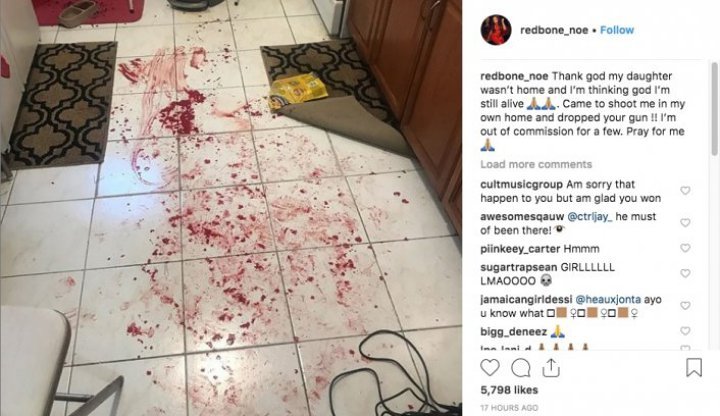 Noelle Dobie shared a picture of a blood-splattered tile floor.

Noelle later shared on Instagram Stories a video of her bruised hands and face, showing her forehead and fingers that were covered in bandages. "I'm just happy to still be here," she said in the clip. Noelle also wrote a caption that read, "F**k the Haters." 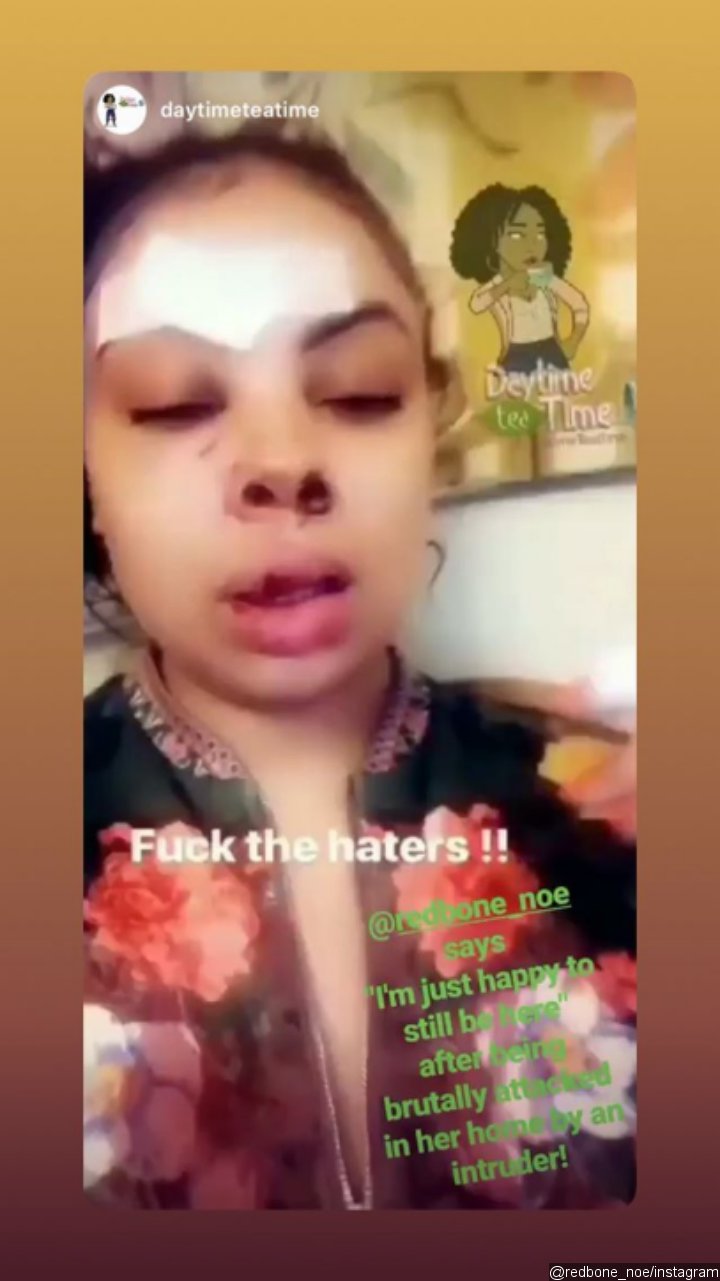 It remains unclear who was the culprit behind the attack since the bartender didn't disclose his identity.

Several of her friends have since prayed for the Queen native, posting similar messages such as, "I'm praying for your speedy recovery friend I hope you're okay," and "One of the sweetest girls I know! Praying for you babe."

Kenneth dated Noelle for sometime before he started romancing Nicki. When news of the couple's romance hit the internet, Noelle took to Instagram to share her feelings about it while denying rumors which said that he was her baby daddy.

"Thanks for everyone concern and input. But imma make this clear , that is not my bd it was just an ex , his criminal background I did not put out there that's not place," she said. "I was hurt in the beginning cuz it happened so fast but If they are happy let them be happy s**t happens for a reason and I wish them the best... Noe gotta move on too."