January Jones Excited to Be Kaya Scodelario's Mom on 'Spinning Out'

"The Maze Runner" star Kaya picked up the lead role in the Netflix series when Emma Roberts dropped out, and now the cast is coming together.

"Mad Men"'s Jones will play Carol Baker in the drama, created by former competitive figure skater Samantha Stratton, and set in the world of ice dancing.

The secret is finally out! I’m so excited to be a part of this new @netflix show! They had me at “figure skating drama”. Now.. to prepare for the cold❄️

Evan Roderick has been cast as the dancing partner of Kaya's character Kat, and Willow Shields will play her sister. Figure skating legend Johnny Weir will also appear in the series.

Kaya Scodelario's 'Spinning Out' Gets Axed After One Season 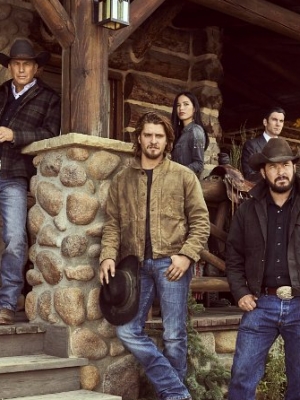