While performing 'Can't Say' during his show in the city, the rapper takes the time to sweetly plant a kiss on his girlfriend's lips.

AceShowbiz - Travis Scott (II) and Kylie Jenner are so in love with one another that they don't bother hiding their affection towards each other in public. Even when the rapper had to perform in front of thousand fans in New York City on Wednesday night, November 28 , he still made sure to let anyone know how much he loves his baby mama.

During his show at the Madison Square Garden, he surprised the audience by bringing Kylie onstage to enjoy his slow-moving roller coaster together. The makeup maven stayed safely seated in the coaster car as she filmed the entire experience, while Travis bopped around to entertain the audience with a rendition of "Can't Say".

At one point, the "Sicko Mode" rapper turned towards his girlfriend before sweetly planting a kiss on her lips. Love is definitely up in the air!

Travis brought Kylie on the rollercoaster tonight, they look so happy😩❤️

Kylie later took to Instagram Stories to share a picture of the two riding the roller coaster, writing, "That's me." 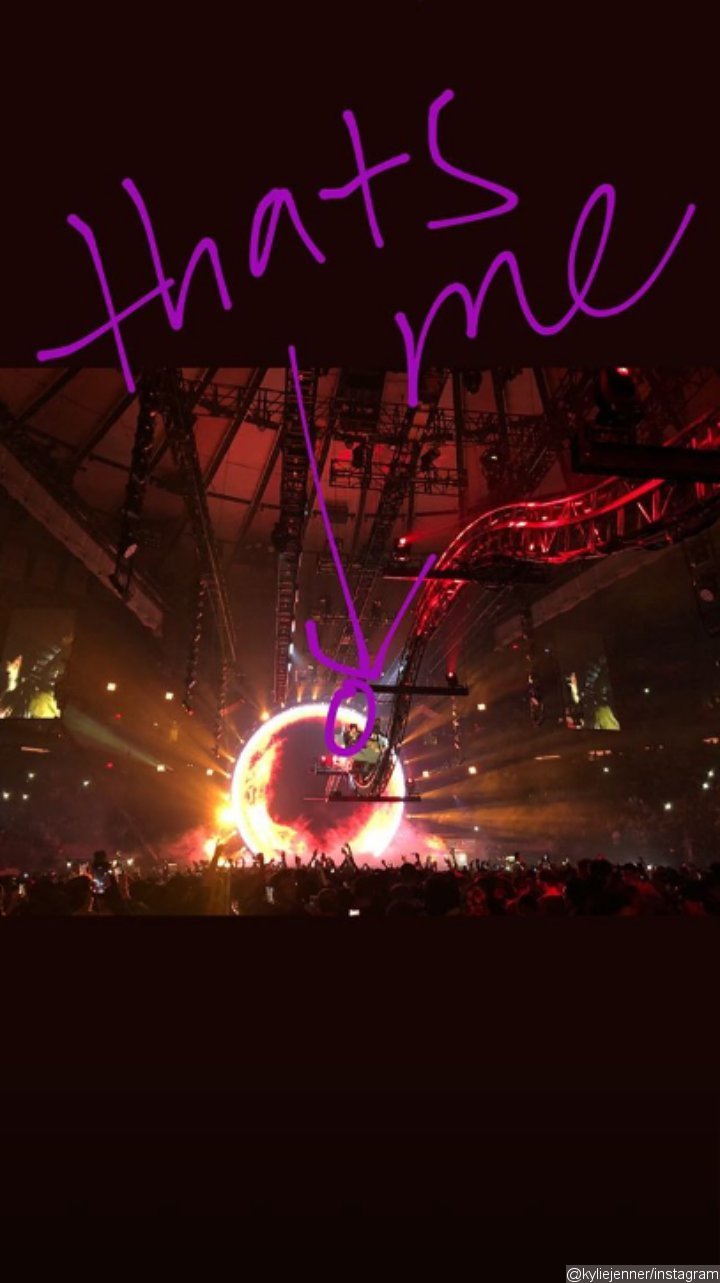 Kylie Jenner shares on Instagram Stories a photo of her riding the roller coaster.

The "Keeping Up with the Kardashians" star, along with their daughter Stormi Webster, has been accompanying Travis on his "Astroworld" tour ever since it launched on November 8 in Baltimore, Maryland. She recently revealed in her new vlog that Travis always get their little girl her own room at every venue on his tour.

"So her dad gives Stormi -- not me, Stormi -- her own room at every venue, so this is your room girl," the Kylie Cosmetics founder said in a backstage room that featured two white couches, a full table of snacks and beverages as well as some toys. "We don't let her out because of how loud it is out there, but she just usually stays backstage and watches until her bedtime. She'll watch on the TV what's going on."

Travis' "Astroworld" is scheduled to wrap up on December 19 at The Forum in Los Angeles.