'Hey twitter, I met this girl on a dinner cruise in Hawaii in 2006,' Brianna Cry, who currently lives in Mississippi, asks Twitterverse to track her long-lost childhood friend.

AceShowbiz - Twitter is where the miracle happens, where the impossible becomes possible. Just recently, childhood friends were brought together after 12 years as one of them tweeted to ask Twitter users to find her long-lost friend whom she met in a dinner cruise in Hawaii.

Across the country in Mississippi, 19-year-old Brianna Cry reportedly was looking through old family scrapbooks when she found a photo of herself when she was young on a boat with another girl during the trip in 2006. The photo saw Brianna, donning a white dress and Hawaiian flower Lei, sitting next to a girl in a blue floral dress.

"Hey twitter, I met this girl on a dinner cruise in Hawaii in 2006," Brianna wrote on Twitter alongside the picture. "We were basically bestfriends for that night so I need y'all to help me find my bestfriend cause I miss her and I need to see how she's doing now. Please retweet this so we can be reunited."

She added in another post, "Little Indian girl on my plane to the US from Nigeria who played cards and toys with me for hours on my flight here, I hope you're well and wish you the best in life."

Little Indian girl on my plane to the US from Nigeria who played cards and toys with me for hours on my flight here, I hope you’re well and wish you the best in life 😭

Twitterverse didn't need much time to make the heartwarming tweet viral. As of now, the tweet gained massive 111K retweets and 250K likes with almost 900 people replying to the tweet.

Another Twitter user seemingly followed suit, asking to be reunited with long-lost bags of money and the like.

Hey Twitter. I need y’all help. I met this bag in my dreams. If anybody can connect me to this bag in reality. We were really open to each other. Shared our hopes and dreams. Please make this happen for me. Thx. pic.twitter.com/M1QMTfLEtY

Jokes aside, her tweet made a miracle. Much to everyone's surprise, the tweet reached to the girl she was searching for just 5 hours after Brianna's tweet. Heidi Tran replied to her tweet with a selfie of herself as a youngster alongside her family. The photo saw her sporting the same blue outfit which the girl wore in Brianna's photo. "Heard you were looking for me~" she coyly wrote.

Heard you were looking for me~ pic.twitter.com/Dz4z1wapRv

"Omg my heart is so happy," Brianna responded. "I was shocked," she revealed to Teen Vogue about the internet's helpful nature.

❤️❤️❤️❤️❤️omg my heart is so happy

Heidi, meanwhile, said that her friends "directed me towards Twitter, and... I was blown away by the response Bri had gotten," She added, "I didn't think so many people would be invested in a story like this."

People were also mindblown with the whole thing, as one user dubbed it the "coolest thing I've ever witnessed on Twitter right here!" One other demanded them to give them "daily updates of this friendship."

Following their online reunion, Heidi shared, "We messaged each other and caught up on life." Despite the long distance, the two students are open to meet again someday. "Until then, FaceTime and social media will have to do!" Heidi added. "The moment has given me the opportunity to talk with a lot of people, and reconnect with some old friends. I'm eternally grateful for that." 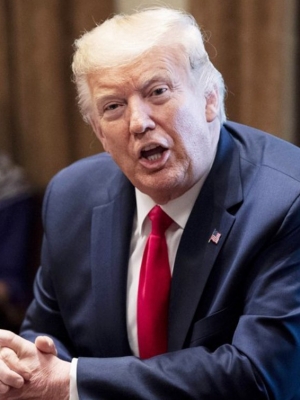