To fit the theme, the kid dancers didn't hesitate to put on scary makeup while taking the stage to perform their routines.

AceShowbiz - "Dancing with the Stars: Juniors" returned for a Halloween-themed episode on Sunday, October 28. To fit the theme, the kid dancers didn't hesitate to put on scary makeup while taking the stage to perform their routines in hope of moving to the next round.

The first performers that night were Akash Vukoti and Kamri Peterson, who are mentored by Witney Carson. The pair did an Argentine Tango to "Weird Science" by Oingo Boingo. The judges gave him a 21 out of 30.

The performance was followed with a Charleston dance to the creepy Cartoons' "Witch Doctor" by Mandla Morris and Brightyn Brems. The pair, who are mentored by Cheryl Burke, earned a 23 from the routine.

Mackenzie Ziegler and Sage Rosen, mentored by Gleb Savchenko, later took the stage to dance a Jive to "Monster Mash" by Atwater Men's Club. Adam Rippon gave the pair a 9, while Mandy Moore and Valentin Chmerkovskiy give them 8s, bringing their score to a total of 25.

Dancing an Argentino Tango to "Youngblood" by 5 Seconds of Summer were Jason Maybaum and his partner, Elliana Walmsley, who are mentored by Emma Slater. Tying with Mackenzie and Sage, the pair also got a 25 from the judges.

Up next was Ariana Greenblatt and Artyon Celestine, mentored by Brandon Armstrong. For the Halloween night, the two opted for a Paso Doble to "Ways To Be Wicked" Dove Cameron & Sophia Carson & Cameron Boyce & Booboo Stewart which earned them a 22.

Alana Thompson a.k.a. Honey Boo Boo and his partner Tristan Ianeiro, mentored by Artem Chigvintsev, hit the ballroom next, dancing a Jazz to "Ghostbusters". She got all 7s from all the judges for a total of 21.

Later, Sky Brown and JT Church, mentored by Alan Bersten took the stage to dance an amazing Jive to "Little Shop of Horrors" by KIDZ BOP Kids. They got a 26 for their routine.

Concluding the night was Miles Brown and Rylee Arnold. Mentored by Lindsay Arnold, the pair danced a Samba to "I Want Candy" and earned the highest score of the night, a 27.

It was time to find out who would be sent home that night. After coming the judges score and audience votes, it was revealed that the night was unfortunately the last night for Honey Boo Boo. 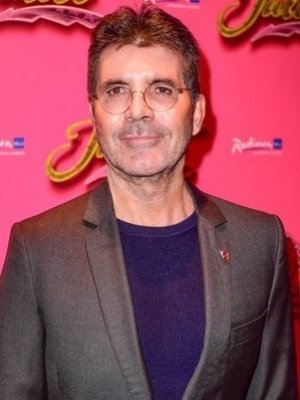