AceShowbiz - Nothing can't stop Kiernan Shipka from keeping herself warm, not even a press event. So on Sunday, October 14, when she was doing publicity rounds for her new Netflix series "Chilling Adventures of Sabrina", the 18-year-old star paired her chic outfit with mismatched sports socks.

The former "Mad Men" actress donned a gray blazer top and pleated knee-length black skirt when stopping by BUILD Studios in New York City. But it was her blue ankle-length socks that caught the eyes, as they were unlikely complement to her outfit and elegant high heels.

Kiernan didn't seem to be bothered by the mismatched pairing, posing confidently in front of a La Croix stand that was festooned with balloons. She also wore several simple gold bands on her fingers. 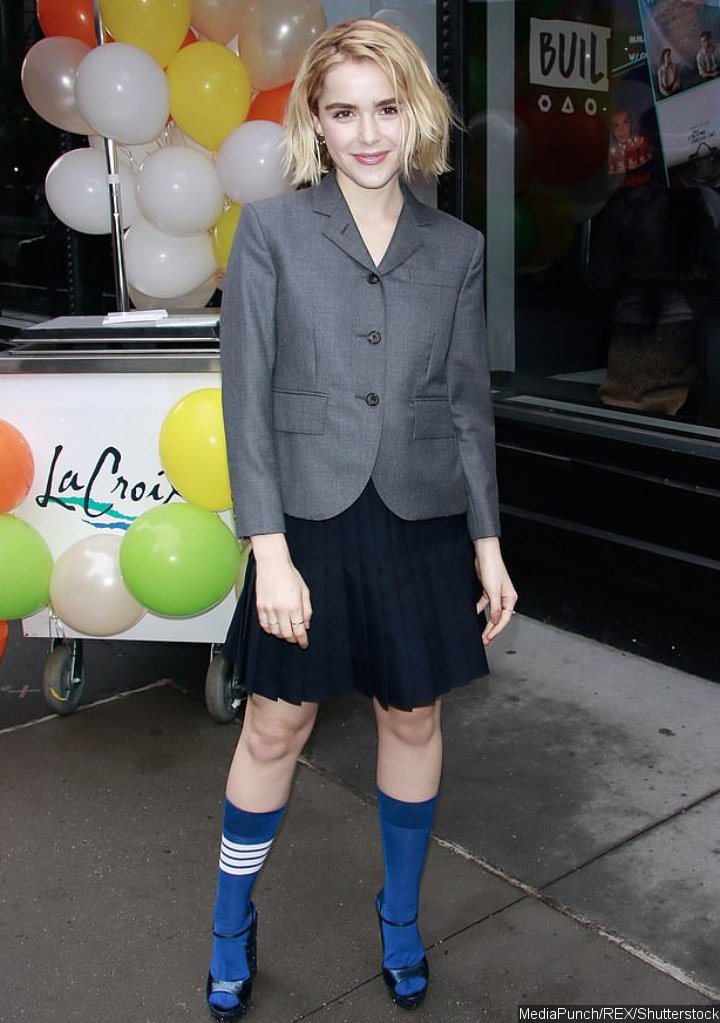 At another point on the same day, the young actress was spotted rocking a different ensemble when out and about in NYC. She sported a gray blouse, a stylish blue bomber jacket, black slacks and matching black shoes. She was cheerful despite the chilling weather, flashing a big smile while stepping out of a building. 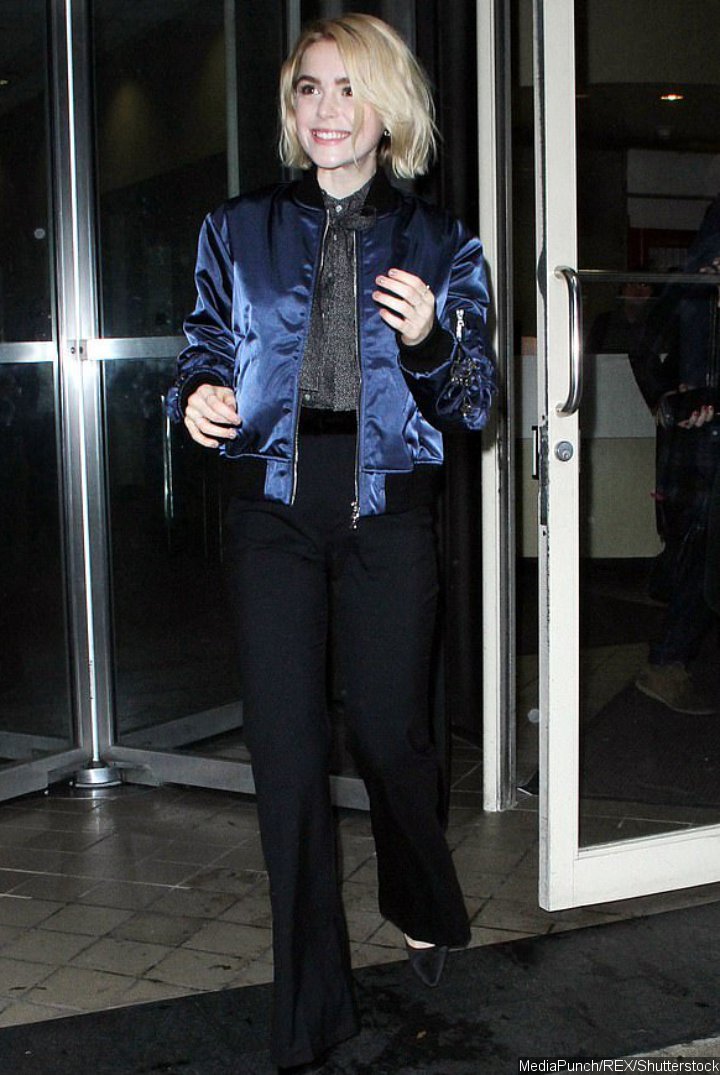 The 18-year-old actress looked chic in a completely different outfit.

Kiernan portrays the titular witch on the upcoming series. Based on the comic book of the same name, the show follows adventures of Sabrina Spellman as she navigates her way through life as a young witch.

The series is a depicted as a dark coming-of-age story that traffics in horror, the occult and, of course, witchcraft. Tonally in the vein of "Rosemary's Baby" and "The Exorcist", this adaptation finds Sabrina wrestling to reconcile her dual nature--half-witch, half-mortal--while standing against the evil forces that threaten her, her family and the daylight world humans inhabit.

Created and executive produced by "Riverdale" showrunner Roberto Aguirre-Sacasa, "Chilling Adventures of Sabrina" will premiere on October 26 on Netflix. The streaming service already ordered two seasons of the series, which were shot back-to-back in Vancouver, British Columbia.

Justin Bieber Is All Smiley During Lunch Date With Hailey Baldwin - Is He OK Now?