The actress relocated to the suburbs of New York with her then-2-year-old daughter Matilda, whom she shares with the late actor.

AceShowbiz - Actress Michelle Williams was driven out of her home in Brooklyn, New York following the death of her ex-boyfriend Heath Ledger, because the paparazzi "stalked" her every day.

The famously private Manchester by the Sea star, who shared daughter Matilda with the tragic actor, had been living in the popular borough for a while when she suddenly found herself hounded by the press after Ledger's January, 2008 passing from an accidental drug overdose.

"It was unmanageable to be stalked like that, every moment of the day," she griped to Vanity Fair. "So I left, in a desire to create a sane home environment."

"When you're a single parent, and that element of provider and protection is missing, it's scary," she added.

Michelle, who had split from Ledger just five months earlier, relocated to the suburbs of New York with their then-two-year-old girl, in the hopes of raising Matilda to develop a love of nature, just like she had during her own childhood in Montana.

"You know, getting on a bicycle and being out and coming back for meals, and exploring snakeskins and arrowheads and cliffs and plants and abandoned houses, and having that sense of freedom and safety in the world," she explained.

The Oscar nominee was able escape much of the paparazzi attention by moving miles away, but that didn't stop one enterprising media member from desperately trying to locate her.

"I'll never forget going to the post office and seeing a sign hung on the wall for anyone with information about myself and my daughter, to please call this number," Michelle recalled. "I took that down."

The press attention eventually died down and the actress has since settled back into Brooklyn, where she now lives with her new husband, musician Phil Elverum, who she wed in a secret ceremony earlier this month.

Police Called on Nicolas Cage and Girlfriend After Noise Complaint 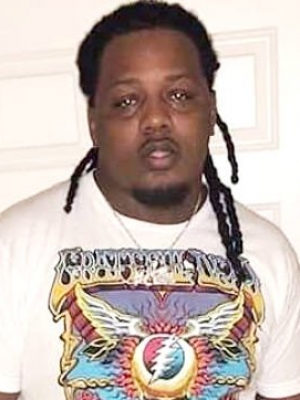