The titular cyborg (Rosa Salazar) is against her caretaker's (Christoph Waltz) advice to not discover her past which could lead her to danger.

AceShowbiz - San Diego Comic-Con may have been over now, but 20th Century Fox brings back the excitement by sharing a new trailer for "Alita: Battle Angel" which was debuted at the convention last Friday, July 20. Adapted from Yukito Kishiro's manga "Battle Angel Alita", the movie is set several centuries in the future and follows the titular cyborg, played by Rosa Salazar.

Found by Dr. Dyson Ido (Christoph Waltz), a scientist, among a pile of junks, Alita has no memories of her past. When she shows skills that they didn't know she possesses, Alita starts to become hunted by other cyborgs as she is described as "the last of her kind."

From visionary filmmakers James Cameron (producer) and Robert Rodriguez (director), comes "Alita: Battle Angel", an epic adventure of hope and empowerment. When Alita awakens with no memory of who she is in a future world she does not recognize, she is taken in by Ido, a compassionate doctor who realizes that somewhere in this abandoned cyborg shell is the heart and soul of a young woman with an extraordinary past.

As Alita learns to navigate her new life and the treacherous streets of Iron City, Ido tries to shield her from her mysterious history while her street-smart new friend Hugo (Keean Johnson) offers instead to help trigger her memories. But it is only when the deadly and corrupt forces that run the city come after Alita that she discovers a clue to her past - she has unique fighting abilities that those in power will stop at nothing to control. If she can stay out of their grasp, she could be the key to saving her friends, her family and the world she's grown to love.

Jon Landau also produces the film which is written by Cameron along with Laeta Kalogridis. Also starring Jennifer Connelly, Mahershala Ali, Ed Skrein and Jackie Earle Haley, the sci-fi movie is scheduled to open wide in U.S. theaters on December 21. 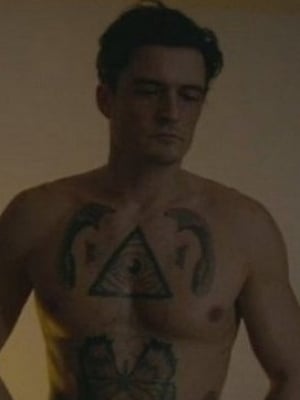