The sneak peek for Lifetime's 'Harry and Meghan: The Royal Love Story' sees Murray Fraser's Harry getting down on one knee to propose.

AceShowbiz - Lifetime has released the first teaser for "Harry & Meghan: The Royal Love Story" ahead of the royal wedding. The 20-second clip recreates the romantic proposal, with Murray Fraser's Prince Harry getting down on one knee while presenting Parisa Fitz-Henley's Meghan Markle with a ring.

"I don't need my life to be this perfect royal picture," he assures her, "I just need you." The sneak peek also shows the couple sharing a kiss near bonfire, making out in bed and walking together while enjoying the view of a picturesque hillside.

"Harry & Meghan" follows the courtship and love story between the beloved prince and his new fiancee. The film will examine the history of Prince Harry and Meghan Markle from the moment they met after being set up by friends, through their initial courtship when they were able to keep their romance under wraps, and ultimately the intense global media attention surrounding their relationship and Meghan's life as a divorced American actress.

Menhaj Huda ("The Royals") is serving behind the lens, with Scarlett Lacey penning the script. Australian actor Burgess Abernethy stars as Henry's older and the Duke of Cambridge, Prince William, Singapore-born, Vancouver-native Laura Mitchell stars as the Duchess of Cambridge, Kate Middleton, while Preston Karwat and Briella Weintraub will play the couple's two children, Prince George and Princess Charlotte.

The TV movie will premiere Sunday, May 13 at 8 P.M. ET on Lifetime, just one week before Harry and Meghan are set to tie the knot on May 19 at St. George's Chapel at Windsor Castle. Previously, the network gave William and Kate the same treatment with "William & Kate", which aired eleven days prior to Prince William and Kate Middleton's wedding in 2011. 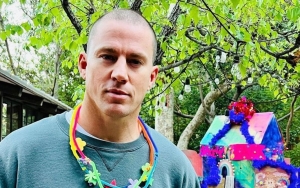 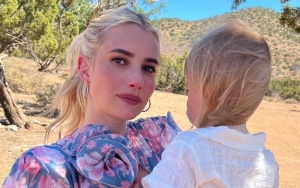