AceShowbiz - We've seen YoonA singing, dancing, acting and posing for photo shoot, but what about her working as an employee at a B&B? You don't need to wonder anymore since such scenes can be seen in the upcoming season 2 of "Hyori's Homestay" a.k.a. "Hyori's Bed and Breakfast".

A new preview for the second season has been released by JTBC, highlighting the 27-year-old idol's activities around the residence of Lee Hyo Ri and Lee Sang Soon in Jeju Island. The Girls' Generation member is seen staring into the distance on a snowy day.

The "Prime Minister and I" actress is also featured diligently sweeping the snow on the porch, folding towels and helping prepare food ingredients in the kitchen. In between those duties, she's able to have fun as she's seen sledding down the hill with Hyo Ri and joking around with the celebrity couple during dinner.

Hyo Ri, in turns, takes care of YoonA. The former Fin.K.L member is seen carrying the "I Got a Boy" hitmaker on her back when walking across the water on the beach so that YoonA's shoes don't get wet, and making sure she's warm enough when they're filming outside.

YoonA replaces IU who starred in the first season of the popular reality series. IU recently congratulated her successor on the gig, saying during an interview earlier this month, "Rather than advice, I'd like to congratulate her. I was so at peace during the two weeks that I filmed 'Hyori's Homestay'. The time I was on Jeju Island was the best two weeks of my year in 2017. I slept really well then."

She added, "I really congratulate her because I think she's received the gift of a happy time. I hope that the people who watch 'Hyori's Homestay 2' will also receive some healing."

"Hyori's Homestay" follows Lee Hyo Ri and Lee Sang Soon as they open their Jeju home to guests. Park Bo Gum has also been tapped as a new employee. The second season will premiere February 4 at 9 P.M. KST on JTBC. 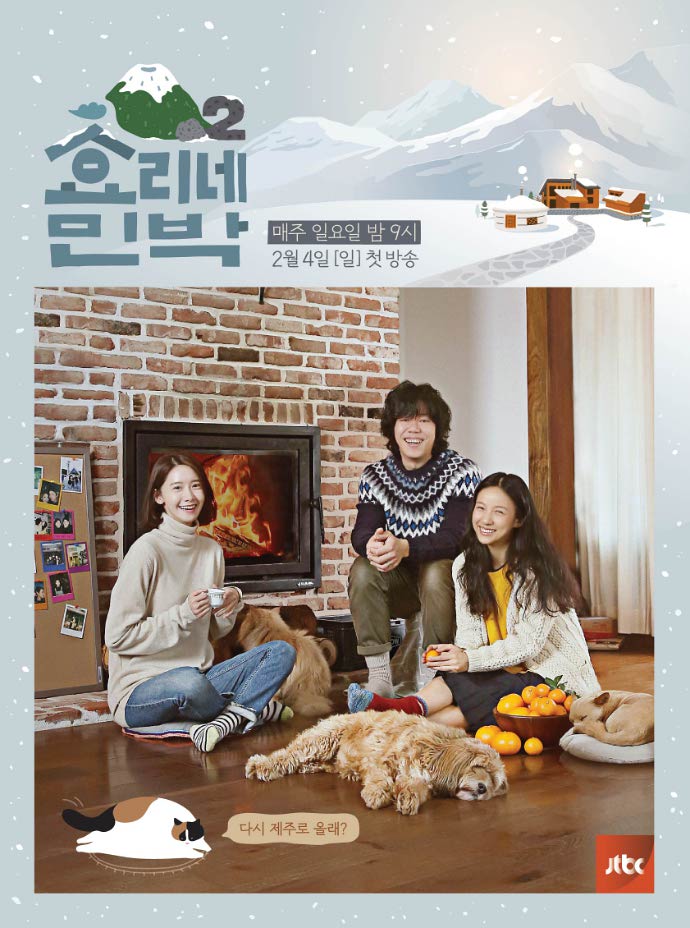