In the upcoming monster movie, Johnson plays a man who shares an unshakable bond with George, the extraordinarily intelligent, albino silverback gorilla who has been in his care most of its life.

AceShowbiz - Warner Bros. Pictures and New Line Cinema have unleashed an explosive new trailer for "Rampage", a film based on the classic 1980s video game featuring apes and monsters destroying cities. Dwayne "The Rock" Johnson stars as Davis Okoye, a primatologist and head of an anti-poaching unit out of Rwanda, in the upcoming monster movie.

The one-minute trailer offers plenty of new footage, including Davis battling his albino silverback gorilla buddy George. George, along with a godzilla-like crocodile and a flying wolf, grows uncontrollably and wrecks havoc across Chicago thanks to a process called "genetic editing," according to Naomie Harris' discredited genetic engineer character named Kate Caldwell.

The video also offers glimpses at Joe Manganiello as Burke, the leader of a private military group, and Jeffrey Dean Morgan as Agent Russell, a government agent who works for an agency called OGA. Near the end of the trailer, Davis can be seen choking out a soldier while saying, "That's a big arm, don't fight it."

"Rampage" is set to open in the United States on April 20 this year. The synopsis reads, "Primatologist Davis Okoye, a man who keeps people at a distance, shares an unshakable bond with George, the extraordinarily intelligent, albino silverback gorilla who has been in his care most of its life. But a mysterious genetic experiment mutates this once gentle ape into a raging creature of enormous size."

"To make matters worse, it's soon discovered that a wolf (Ralph) and crocodile (Lizzie) have gone under similar changes. As these newly created apex predators battle each other for supremacy and tear across North America, destroying everything in their path, Okoye teams with a discredited genetic engineer (Naomie Harris) to secure an antidote and fight his way through the ever-changing battlefield, not only to halt a global catastrophe, but also to save the fearsome beast that was once his friend."

Malin Akerman stars as Claire Wyden, who is responsible for the infection and mutation of George, Lizzie and Ralph with the mutagenic serum, while Urijah Faber plays a possible henchman of Claire. The cast is also supported by Jake Lacy, Marley Shelton, P.J. Byrne, Jack Quaid, Matt Gerald and Breanne Hill. 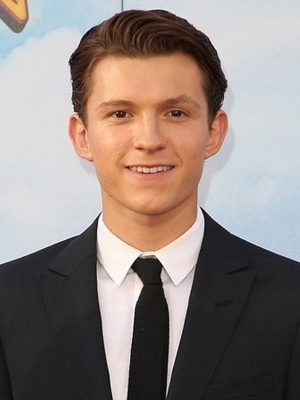