Tina Lawson shares a throwback pic of the diva on Instagram, and it seems everyone agrees that Beyonce looks just like her daughter, Blue Ivy.

AceShowbiz - Like mother, like daughter. Blue Ivy is indeed a mini version of Beyonce Knowles. On Saturday, October 8, Tina Lawson, the mother to the "Single Ladies (Put a Ring on It)" hitmaker, shared a throwback photo of her daughter on Instagram and pointed out how the mother-daughter duo very resembled each other. The fashion designer captioned it, "If Beyonce don't look like Blue on this photo!! Getting her braids done by Toni."

Fans quickly jumped to the comment section and agreed with what Tina said. Most of them even said that they mistook Beyonce for Blue.

If Beyonce don't look like Blue on this photo!!! Getting her braids done by Toni❤️

This is not the first time Tina noted that the 5-year-old girl is the double of her daughter. On March 9, the 63-year-old woman, who is married to Richard Lawson since 2015, posted a comparison picture of the two that was done by a fan. She captioned it, "Wow look what a fan did soo cute!" Again, everyone couldn't help but agree that they are indeed similar to each other.

Wow look what a fan did soo cute!

Aside from their resemblance, the pair also frequently wear matching outfits. In July 2016, Beyonce posted pictures of them together in floral dresses in Paris. They looked like they were having so much fun as they jumped together and posed like models in the balcony.

In a recent picture, the pair glammed up together at Lawrence Parker and Jessica Clemons' wedding in New Orleans. They were faultlessly dressed along with father Jay-Z. In the picture, Beyonce looked gorgeous with her silk peach maxi, while her husband wore a floral white shirt underneath his tux. Blue also looked adorable in Mischka Aoki dress that cost between $3,459.90 and $5,577.50.

One of my favorite couples joined as one today. Law, I'm not gonna lie to you.. you my bro and I Roc with you 4real. I know you're not BUT if you ever, ever, ever mess this beautiful thing up.... you're NOT only gonna lose Jess, you gonna lose me too, fam. I'm riding with her. So think bout that. Lol. Love y'all #LawAndJess #Nola #NewOrleans #WhatHurricane

Her daughter aside, on September 29, the former Destiny's Child member released a single entitled "Mi Gente" with J Balvin and Willy William. She stated that the profit for this song would all be donated to CEMA, UNICEF and Somos Una Voz to help the victim of Hurricane Maria that killed more than 325 people in September 19. 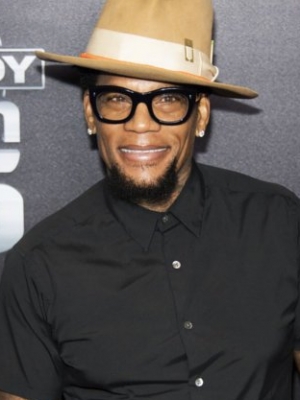