The 30-year-old musician is now dating a Toronto girl, and they 'are pretty serious' as he allegedly has even bought her a condo.

AceShowbiz - Drake reportedly has found himself a new love. According to a new report from MediaTakeOut, the "Hotline Bling" hitmaker is now dating a Toronto girl named Nekisha Taneil. The site goes on claiming the alleged new lovebirds "are pretty serious," adding that Drake has even bought his new lover a condominium.

The dating report comes just days after the 30-year-old R'n'B singer sparked romance rumors with a hot blonde girl, an actress named Bria Vinaite. According to Page Six, the pair have been romantically linked after her movie screened to much acclaim at the Toronto International Film Festival.

Drake allegedly took Bria on an intimate dinner date at restaurant Sotto Sotto in his hometown of Toronto late on Monday, September 11. The "One Dance" singer was said to stay with the blonde beauty until early Tuesday morning.

According to a witness, the pair were seen looking cozy in the restaurant. The onlooker told the site, "It definitely looked like a date, and they left the restaurant at 2:30 A.M. hand in hand."

Sources said Drake's obsessed with her Sean Baker-directed movie "The Florida Project". The singer even shared a photo of Bria on his Instagram account and helped promote the film. " 'The Florida Project' is the best movie you will see this year," he wrote in the caption,

The film is set for a limited release in U.S. theaters on October 6 by A24. Also starring Willem Dafoe, Brooklynn Prince and Caleb Landry Jones, the film is set on a stretch of highway just outside the imagined utopia of Disney World. It follows six-year-old Moonee (Brooklynn) and her rebellious mother Halley (Bria) over the course of a single summer. The two live week to week at "The Magic Castle", a budget motel managed by Bobby (Willem), whose stern exterior hides a deep reservoir of kindness and compassion.

Despite her harsh surroundings, the precocious and ebullient Moonee has no trouble making each day a celebration of life, her endless afternoons overflowing with mischief and grand adventure as she and her ragtag playmates-including Jancey, a new arrival to the area who quickly becomes Moonee's best friend-fearlessly explore the utterly unique world into which they've been thrown. Unbeknownst to Moonee, however, her delicate fantasy is supported by the toil and sacrifice of Halley, who is forced to explore increasingly dangerous possibilities in order to provide for her daughter. 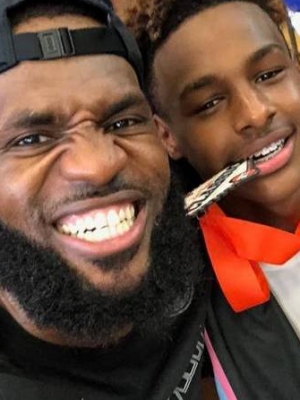