The Bella Thorne-starring horror flick is coming to Google Play before heading to theaters in a limited release on October 28.

AceShowbiz - "Amityville: The Awakening" finally gets a release date! The Blumhouse horror flick starring %cBella Thorne% is coming to Google Play first, available for free from October 12 to November 8. It will be heading to U.S. theaters in a limited release on October 28.

"Amityville: The Awakening" is a revival of the popular franchise and a modern twist on the classic horror film. In the film, Belle, her little sister Juliet and her comatose twin brother James move into a new house with their single mother Joan in order to save money to help pay for her brother's expensive healthcare.

But when strange phenomena begins to occur in the house, including the miraculous recovery of her brother and Belle's increasingly horrifying nightmares, Belle begins to suspect her mother isn't telling her everything, and soon realizes they just moved into the infamous Amityville house.

The film was produced by Jason Blum through his Blumhouse Productions banner along with Daniel Farrands and Casey La Scala. The film's been moved around the release calendar four times, before Dimension Films finally announced it would be released next month.

A new clip was recently unveiled to hype up the release of the film. It shows Thorne's Belle walking down the stairs inside the haunted house to close the window, before she gets spooked after her little sister suddenly shows up. There is also a glimpse of a shadow of someone walking reflected in the glass door behind the little girl. 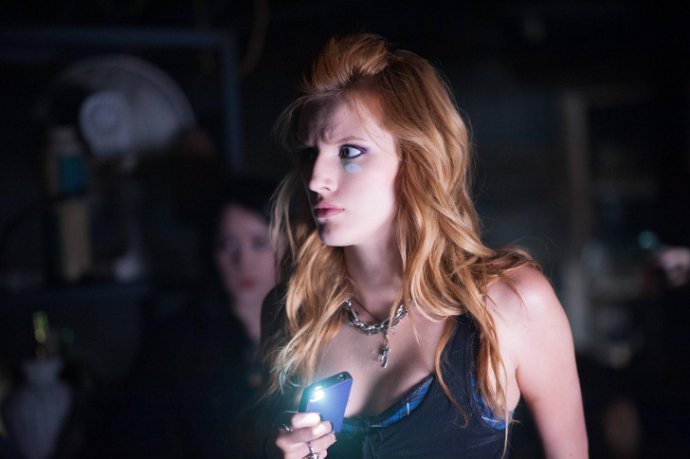