What Does It Mean? Tim Roth Confirms 'Hateful Eight' Connection to 'Inglourious Basterds'

Tim Roth reveals that his character is an ancestor of one of the characters in Quentin Tarantino's 2009 movie.

AceShowbiz - Is Quentin Tarantino trying to build his own cinematic universe? "The Hateful Eight" which was originally envisioned as a sequel for the director's 2012 western flick "Django Unchained" is now revealed to be connected to his 2009 "Inglourious Basterds".

Tim Roth reveals to The Huffington Post that the connection between the two movies lies in his character Oswaldo Mobray. "He's connected to one of the characters. I won't say which one. He's the great, great grandfather of one of the characters in 'Inglourious Basterds,' " so he explains.

Quentin Tarantino himself recently expressed his desire to retire after ten movies. His next big-screen project is still unclear but he teased about adapting Elmore Leonard's novel "Forty Lashes Less One" into a miniseries. He also hinted at revisiting the "Inglourious Basterds" sequel he initially crossed off.

He told Indiewire at a recent event, "The huge stuff that I took out could make its own movie, and it followed a platoon of black troops that were court-martialed and they escape. They were in France; they were going to be hung and in London and their whole thing was to get to Switzerland. And they ended up getting into an adventure and they meet the Basterds, so I ended up taking all that out."

"Inglourious Basterds" star Eli Roth once said that everybody including Brad Pitt would jump at the chance of working with Tarantino again.

Fifth Time's the Charm! LL Cool J Is Back to Host 2016 Grammy Awards

Jennifer Lawrence Almost Asked Seth Meyers on a Date - What Stopped Her? 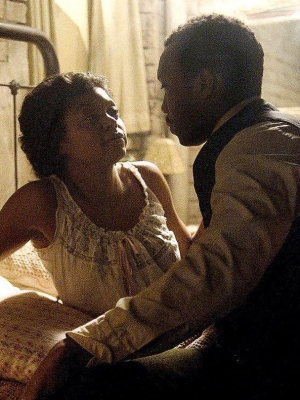 Mahershala Ali Refused to Do Sex Scene With Taraji P. Henson Due to Religious Belief

Kristen Stewart: Growing Up Would Have Been Easier If There Were Gay Christmas Rom-Coms

'Predator 5' Could Be Set in the Past