The 'Fast and Furious' star attended the London premiere of the witch movie on Monday, joined by co-stars Rose Leslie and Michael Caine.

AceShowbiz - Vin Diesel suited up for a dapper look while attending the premiere of "The Last Witch Hunter" in Leicester Square, London on Monday, October 19. When he was posing for photographers on the red carpet, Diesel was approached by a man waving flaming swords to celebrate the release of the film. He eventually took one of the flaming swords from the man and wielded it himself.

The "Fast and Furious" actor was also seen taking selfies and signing autographs with fans at the event. He was joined by veteran actor Michael Caine on the red carpet and the two posed together side-by-side. The 82-year-old actor wore a navy suit over a light blue shirt, looking so radiant and healthy. 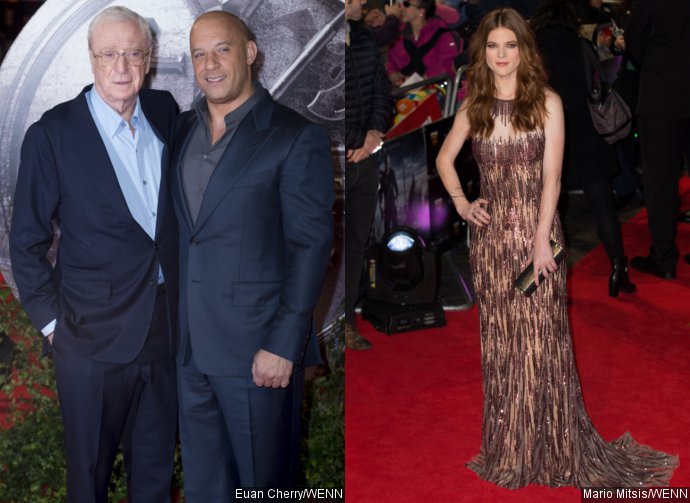 Meanwhile, actress Rose Leslie opted for a simple-but-glamorous look. She wore a magenta sequinned dress which she teamed with a black clutch. The 28-year-old actress sported wavy natural hair. Leslie was also spotted hugging Diesel before the two posed together on the red carpet.

In "The Last Witch Hunter", Diesel stars as Kaulder, an 800-year-old witch hunter who was cursed to be immortal after he defeated Queen Witch. Also in the cast are Elijah Wood, Olafur Darri Olafsson, Rena Owen, Julie Engelbrecht, Joseph Gilgun and Isaach de Bankole. The fantasy movie is slated for a U.S. relelase on October 23.

Gwen Stefani Entirely Scrapped Album She Worked on With Pharrell