The 'Lost River' actor was spotted in Burbank riding a red classic sports car while filming the drama musical in Burbank, California.

AceShowbiz - After the first look at Ryan Gosling and Emma Stone on the set of "La La Land" debuted online, now fans are treated to the most recent on-set photos. Gosling was spotted in Burbank, California on Wednesday, August 19 after previously spotted in Pasadena along with Stone for the movie filming.

The 34-year-old actor looked casual in brown shirt and a pair of black trousers. He completed the look with brown glasses and a pair of Oxford shoes. Gosling was seen driving a red classic sports car. Other photos show him sitting alone in an outdoor area of a restaurant seemingly for a diner scene. 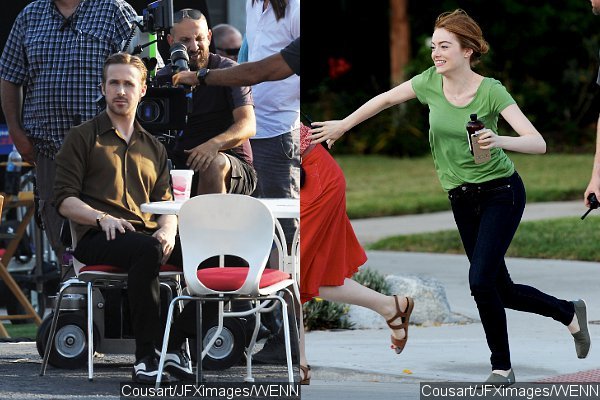 On the previous day, Gosling and Stone were spotted in Pasadena. Gosling, who opted for a dapper look, leaned up against a box outside a movie theater during the filming. Meanwhile, his frequent co-star Stone was seen wearing two different outfits. First, she was wearing a green loose fitted T-shirt and a pair of blue jeans. She had a little fun by having a mini race with some friends around the set. Stone later changed her T-shirt with a blue plaid shirt.

In the upcoming movie, Stone will play an aspiring actress, Mia, who's lonely and desperate to fit in, while Gosling will star as charismatic jazz pianist Sebastian. The movie will mark the third time that the duo play an on-screen couple as they previously shared screen in 2011's "Crazy, Stupid, Love." and 2013's "Gangster Squad".

John Legend, J.K. Simmons, Finn Wittrock and Sonoya Mizuno will also make appearance in the movie which is slated for a U.S. release on July 15, 2016. 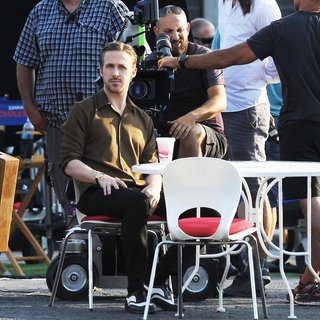 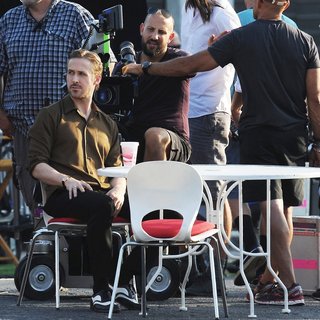 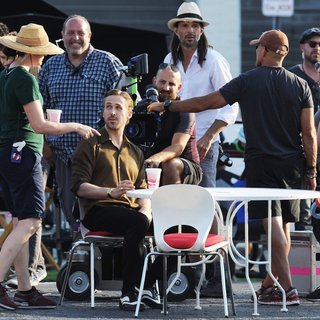 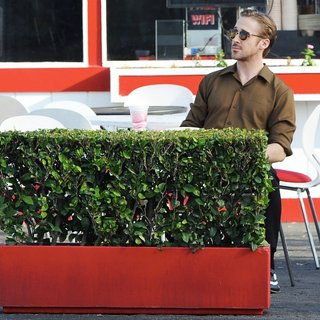 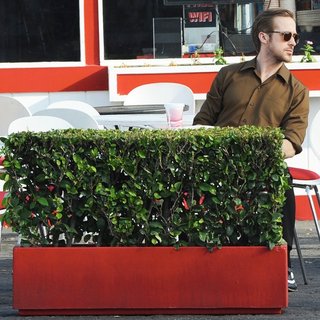