'The League' Brings Back Seth Rogen and Jason Mantzoukas

Dirty Randy and Rafi will be back in an episode of the comedy's upcoming seventh and last season.

AceShowbiz - FXX's "The League" is looking forward to ending with a high note, thanks to %cSeth Rogen% and %cJason Mantzoukas%. The funny duo will re-appear in an episode of the ensemble comedy's last season.

In the upcoming episode, Rafi and Randy will encounter the entire lead cast. Executive producer Jackie Schaffer is directing the episode, telling EW "If people think the last two Rafi/Dirty Randy episodes have shocked them, this is a whole new level. It's practically inhuman."

Kroll previously discussed the guest stars to Observer. "We've got a bunch of fun guest stars. Obviously the NFL players, but like %cRob Riggle%, %cIke Barinholtz%, Seth Rogen, %cLeslie Bibb% is back, a lot of Mantzoukas. I'm really, actually ...I feel like we have some really funny, good stuff coming this season." 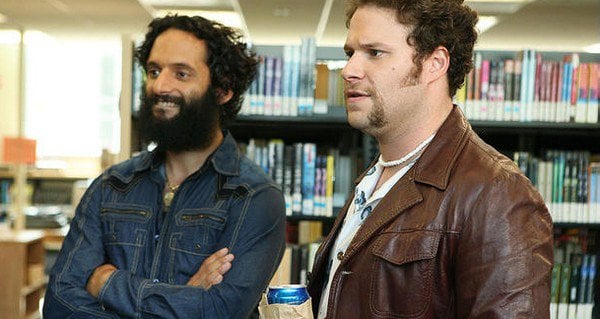 'The League' Brings Back Seth Rogen and Jason Mantzoukas