Robert Alexander Kaseberg accuses the 'Conan' host of ripping off his jokes about Caitlyn Jenner and Tom Brady.

AceShowbiz - %cConan O'Brien% is facing plagiarism lawsuit. A Twitter user, Robert Alexander Kaseberg, has filed a lawsuit against the "Conan" host. He accused the comedian of ripping off four of his jokes on Twitter and using them as materials for the TBS late-night talk show monologues.

Kaseberg tweeted on February 3, "%cTom Brady% is going to give his MVP truck to the guy who won the game for the Patriots. So enjoy that truck, Pete Carroll." O'Brien later joked on his show, "Tom Brady said he wants to give the truck he was given as the Super Bowl MVP to the guy who won the Super Bowl for the Patriots. So Brady is giving his truck to Seahawks Coach Pete Carroll."

On February 17, Kaseberg wrote on Twitter, "Washington Monument is 10 inches shorter than previously thought. You know the winter has been rough when a monument suffers from shrinkage." On the same day, O'Brien said on his monologue, "Surveyors announced that the Washington Monument is 10 inches shorter than what's been recorded. Of course, the monument is blaming the shrinkage on the cold weather."

The other alleged rip-off jokes targeted %cCaitlyn Jenner% and Delta flight. The plaintiff, who claims he contributed to "The Tonight Show with Jay Leno", includes TBS and O'Brien's team as defendants in the lawsuit.

O'Brien's production company denies the allegations, "We at Conaco firmly believe there is no merit to this lawsuit." The funnyman's sidekick %cAndy Richter% took it to Twitter, "OH NO WE'VE BEEN FOUND OUT!! There's no possible way more than one person could have concurrently had these same species-elevating insights! THESE TAKES ARE TOO HOT!" Kaseberg simply responded, "Love Andy."

Macklemore Says He Relapsed After Shooting to Stardom 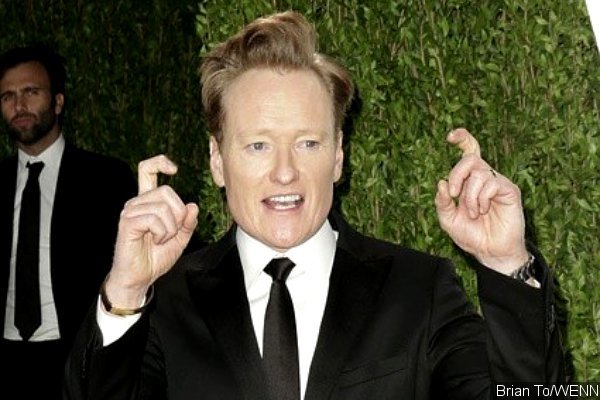