One of 'Transformers' Spin-Offs May Center on Bumblebee

Hasbro CEO hints that Bumblebee may get a spin-off movie, saying that 'we could see stories told around Bumblebee and other characters.'

AceShowbiz - Following rumors about Cybertron's origin movie which is said to be titled "Transformers One", other news regarding "Transformers" spin-offs reveals that it is Bumblebee, the lovable car character in the movie, who will next get a spin-off movie.

The news came directly from Hasbro CEO, Brian Goldner. In an interview with TFW2005, Goldner said, "As we go forward, we would imagine several more 'Transformers' movies. Not just in the current lineage but also spinoffs and focusing on certain key characters that a beloved by the world over. Many of you know Bumblebee; the yellow Camaro, formally known as a yellow VW Bug and he is a beloved character by kids all over the world." He noted that Bumblebee could get its own movie, "We could see stories told around Bumblebee and other characters. We are in a process of building the brand equity around the Comic Book Business, our TV Business, our Digital Gaming Business and adding to that our new movie business of 'Transformers'."

Although it doesn't guarantee a Bumblebee film will happen, Goldner's words provide a good indication of what the next "Transformers" project will be focusing on beyond the main films. As of now, Akiva Goldsman is the leader in the writers' room which also includes other scribes such as Robert Kirkman ("The Walking Dead"), Zak Penn ("Pacific Rim 2", "The Incredible Hulk"), Jeff Pinkner ("The Amazing Spider-Man 2") and duo Art Marcum and Matt Holloway ("Iron Man"), Andrew Barrer and Gabriel Ferrari ("Ant-Man").

Dustin Diamond Found Not Guilty of Felony in Stabbing Trial 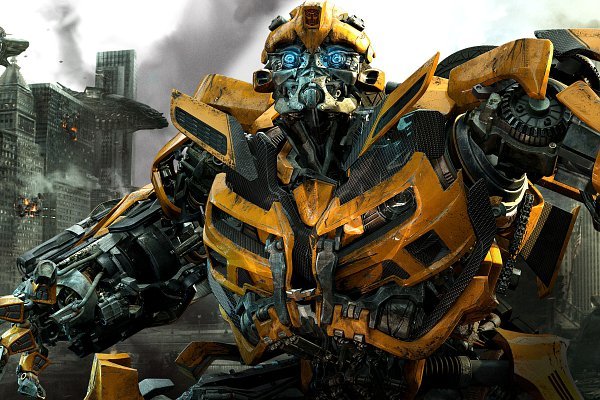 One of 'Transformers' Spin-Offs May Center on Bumblebee