In addition to her Young Money labelmates, Minaj brings out Young Thug, Lil Herb and Soulja Boy for the live performances of their collaborations.

AceShowbiz - Nicki Minaj brought out a number of special guests during her set at Hot 97 Summer Jam. Drake and Lil Wayne, her Young Money labelmates, were among those who came out on the stage at the event which took place on Sunday, June 1.

"It's a ni**a in Young Money that I ain't f**kin' with right now... Drake I used to love you, but ni**a I don't f**k with you no more," Minaj told the crowd before the Canadian rapper appeared and gave the live performance of his "Worst Behavior".

After finishing the song, Drizzy invited Wayne to the stage to perform the latter's "Believe Me" from "Tha Carter V" album. "Shout out to the motherf**kin' best rapper alive," Minaj said before Weezy tackled his verses from Chris Brown's "Loyal". Before the trio exited the stage, Drake performed his "Trophy".

In addition to Drake and Wayne, Minaj was joined onstage by Young Thug for "Danny Glover", Lil Herb for "Chi-Raq" and Soulja Boy for "Yasss Bish!!". 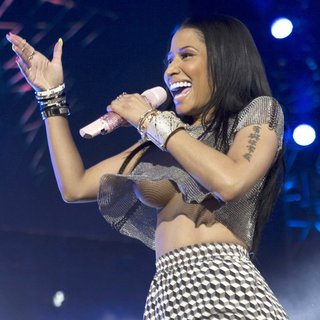 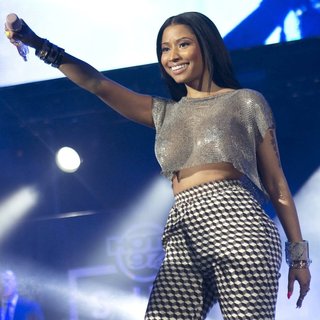 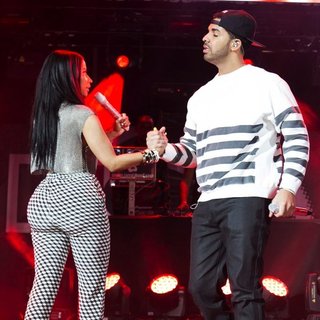 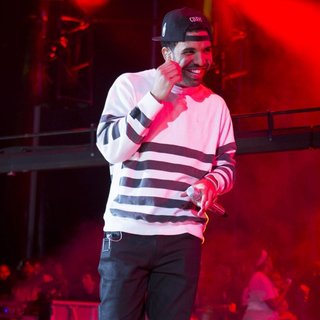 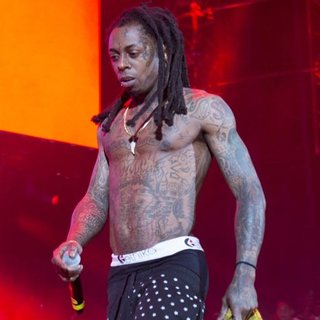 Nicki Minaj Celebrates Rihanna on Becoming a Billionaire: 'If This Don't Inspire You'