AceShowbiz - No Doubt have pulled the music video of "Looking Hot" a day after its premiere. The reunited band received complaints from the Native Americans over the content and theme of the video which tells a war between Western cowboys and Indians.

"As a multi-racial band our foundation is built upon both diversity and consideration for other cultures," the band wrote on their official site Saturday, November 3. "Our intention with our new video was never to offend, hurt or trivialize Native American people, their culture or their history. Although we consulted with Native American friends and Native American studies experts at the University of California, we realize now that we have offended people."

They continued, "This is of great concern to us and we are removing the video immediately. The music that inspired us when we started the band, and the community of friends, family, and fans that surrounds us was built upon respect, unity and inclusiveness. We sincerely apologize to the Native American community and anyone else offended by this video. Being hurtful to anyone is simply not who we are."

The video, which was directed by Melina Matsoukas, was filmed over two days in October at the Valuzat Movie Ranch in Santa Clarita, California. Vocalist Gwen Stefani plays an Indian princess who got kidnapped by two cowboys, played by band mates Adrian Young and Tom Dumont. The princess flagged her mate, played by Tony Kanal, to come and rescue her.

"Looking Hot" is the second single lifted from the band's new album, "Push and Shove". 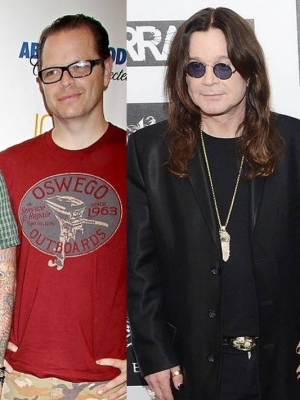