James Cameron Confirms 'Battle Angel' Still In the Works, But 'Avatar' Is Priority

Though saying that he will not shoot the manga-adapted film until he finishes the 'Avatar' trilogy, Cameron insists that he doesn't want any other director to take over the long-gestating project.

AceShowbiz - It's been a while since James Cameron discussed his long-planned passion project "Battle Angel". While some people suggested the manga-adapted film project is already dead, the "Titanic" director himself insisted that the gig is still exist. Though so, he hinted that the film is still far away from arriving in the U.S. cinemas.

Speaking to MTV while promoting the 3D re-release of "Titanic", Cameron said that before moving forward with "Battle Angel", he wants to focus on the "Avatar" franchise first. Explaining the reason why, the National Geographic explorer and filmmaker admitted that he makes "Avatar" films his top priorities because of the good they can do for the world.

"I see the good the 'Avatar' franchise can do in terms of keeping a world audience cognizant of our relationship with nature, but doing it in an entertainment context," stated the 57-year-old acclaimed filmmaker. "Ultimately I think there's more good to be done there than with 'Battle Angel'. 'Battle Angel' is just a great, kick a** story."

By deciding to delay the making of "Battle Angel", it means that the manga adaptation will not open in the U.S. theaters until at least 2016, when Cameron might have finished "Avatar 2" and "Avatar 3". However, the Canadian director insisted that he doesn't want to pass the long-gestating project to any other filmmaker. He said, "It would have to be pried out of my cold dead fingers. But on the other hand, I don't want to take it to my grave either. [We want to see it] at some point, yeah."

"Battle Angel" is based on the Japanese Manga series of graphic novels by Yukito Kishiro. Set in the 26th century, the story takes place 300 years after a societal collapse caused by a major war. In that society, it's a technological dark age following a pinnacle of achievement far beyond where we are right now. Cyborg technology is a way of life. People are augmented a lot as workers, so being a cyborg is not unusual.

The main character in the story is a cyborg called Alita. She has an organic human brain, and she looks like she's about fourteen years old. She has a completely artificial body and she's lost her memory. She is found in a wreckage and reconstituted by a cyber-surgeon who becomes her surrogate father.

The sci-fi project was picked up by Cameron in 2005. In December that year, Cameron stated that he wanted to film "Battle Angel" first, followed by "Avatar". However, in February 2006, he switched goals for the two film projects and decided to film "Avatar" first. He mentioned that if both films were successful, he would be interested in seeing a trilogy being made for both.

Video: The Wanted and Team Blake Shelton Rock 'The Voice' 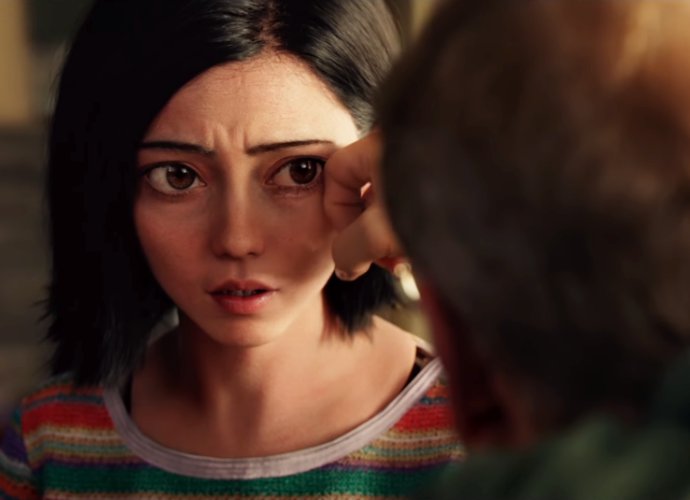