The 'America's Got Talent' host gets emotional when delivering his speech on the stage of the Warner Theatre, calling his singer wife his 'hero' and angel.

AceShowbiz - %cNick Cannon% and %cMariah Carey% have made their first appearance since Nick's recent health scare. The celebrity couple stepped out together at the Warner Theatre in Washington, DC on Saturday night, January 14 to attend the taping of 2012 BET Honors, where the radio personality presented his singer wife with Entertainer Award.

Holding his 8-month-old son, Moroccan, Nick got emotional in his speech before handing the prize to the R&B diva. "When times are hard, you guys don't see her at 3 o'clock in the morning, getting up in the middle of the night, fixing me soup when my kidneys ain't acting right. Mariah Carey does that," he gushed before calling her his "angel."

"It is truly, truly a blessing to be here tonight, and I am humbled and in awe of everyone's presence, but mostly my hero right there," the radio personality continued singing his praise to the singer. "What most people don't get the opportunity to experience is the true woman; the virtuous person who is my angel."

In response to her husband's speech, Mariah stated, "To my incredible husband who [has been] out of the hospital two days - look at him all strong and healthy and big and too buff for the tux - it's incredible." She also sent love to her daughter, "And Miss Monroe Cannon's backstage, darling. We were both sewn into our dresses, so she couldn't make it out."

Celebrating its fifth anniversary, BET Honors continued its tradition to celebrate the outstanding achievements of extraordinary legends in music, literature, entertainment, media, service and education. Featuring a live performance by %cKelly Rowland%, the show will premiere during Black History Month, on Monday, February 13 at 9 P.M.

Mariah attended the event wearing a form-fitting black and nude-colored gown, while Nick and baby Moroccan donned a matching suit. As for Kelly, she looked stunning in a one-sleeved purple wrap dress. The other stars coming to the event include %cGabrielle Union% who rocked a white Emilio Pucci dress, %cMichelle Williams (II)% who opted for a sequined gown, and %cWillow Smith% who chose a cute yellow ensemble. 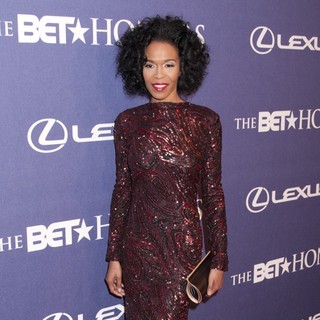 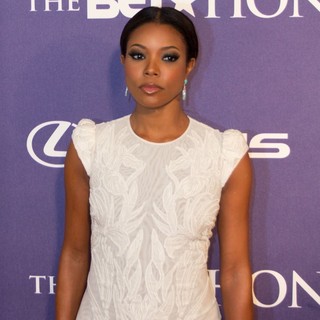 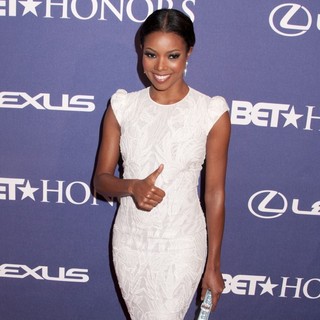 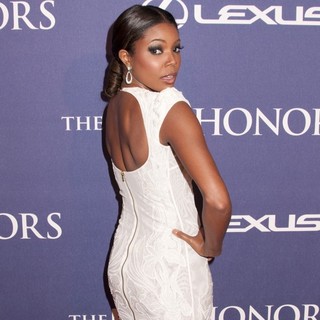