Michael Todd has been charged with armed robbery and possession of prescription narcotics after reportedly holding up a Walgreens Pharmacy in Massachusetts by claiming he had a bomb.

AceShowbiz - A Coheed and Cambria member has got himself in serious trouble with the law. Bassist Michael Todd, a.k.a. Mic Todd, was arrested for armed robbery on Sunday, July 10. The rock band have taken to their official site to confirm news of the arrest.

"Michael Todd was arrested today on what we consider very serious charges and therefore he will not be finishing up the current tour," the band fronted by lead singer Claudio Sanchez said. In the statement, they also assured fans that they will continue on touring without their bassist.

"Wes Styles, long time member of the Coheed family will take on bass duties starting tomorrow for the remaining dates. No shows will be canceled," they said. "We are surprised to say the least and will address the situation with Michael after the tour. For now, we just want to have a great time out here and finish with some killer shows in Boston, Poughkeepsie, Quebec City and Halifax."

Mic was arrested after allegedly holding up a Walgreens Pharmacy in Attleboro, Massachusetts by claiming he had a bomb. According to police, the 30-year-old rocker made the threat by showing a cell phone note to a store employee and then demanded Oxycontin. He left the pharmacy with six bottles of pain pills.

Det. Sgt. Art Brillon said, as reported by Attleboro Patch, that Mic then fled behind the building, before getting into a taxi. "The Attleboro Police Department dispatchers on duty were able to identify a local cab company and contacted them," the officer dished on. "The cab service reported that they had picked up a fare on Pleasant Street near the Walgreens moments after the robbery."

Mic was taken into custody before Coheed and Cambria took the stage at the Comcast Center in Mansfield, Massachusetts to open for Soundgarden, and charged with armed robbery and unlawful possession of prescription narcotics. He is being held at Attleboro Police on $10,000 bail, and is set to be arraigned on Monday morning, July 11. 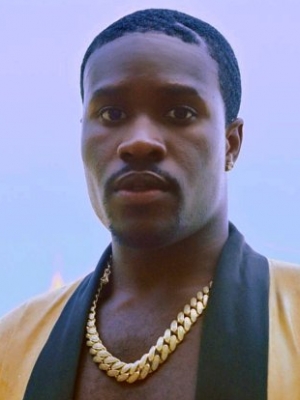