A son of a commander tries to regain his family's honor, embarking on a journey to the uncharted highlands of Caledonia occupied by savage tribes.

AceShowbiz - Focus Features has debuted the first trailer for "The Eagle" starring %cChanning Tatum% as %cMarcus Aquila%. Twenty years after the unexplained disappearance of the entire Ninth Legion in the mountains of Scotland, the young centurion arrives from Rome to solve the mystery and restore the reputation of his father, the commander of the Ninth.

Accompanied only by his British slave Esca, Marcus sets out across Hadrian's Wall into the uncharted highlands of Caledonia - to confront its savage tribes, make peace with his father's memory, and retrieve the lost legion's golden emblem, the Eagle of the Ninth. The story is set in the dangerous world of second-century Britain.

%cJamie Bell% takes the role of Esca with %cMark Strong%, %cDonald Sutherland%, %cDenis O'Hare% and many more joining the cast. "The Eagle", previously known as "The Eagle of the Ninth", is directed by Kevin Macdonald and is set to come out on February 25, 2011 in the U.S.

An official poster for the epic film has also been released, highlighting Tatum and Bell. 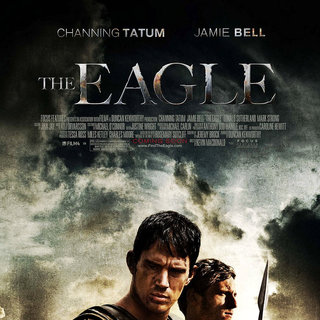