'The Simpsons' Controversial Opening Credit by Banksy Pulled Down

The dark opening credit which aired on Sunday depicts an outsourcing of 'Simpsons' franchise in South Korea where the working condition is appalling.

AceShowbiz - FOX has begun pulling out the YouTube videos of controversial "The Simpsons" opening credit. The animated series made a headline right after the airing of October 10 episode when it replaced the iconic opening credit with the one created by street artist Banksy.

For one, Banksy takes viewers into a sweatshop where Asian women are forced to do a low-waged job to create "Simpsons" merchandise. A small kid works close to dangerous chemical which would have violated health rules. Kittens are thrown into wood chipper to make stuffing for Bart Simpson's dolls while a unicorn's horn is used to punch holes in DVDs.

This is the first time an artist has been involved in the opening credit of the show. Executive producer Al Jean however admitted that he knows nothing about Banksy's real identity, saying "I haven't met him. I don't even know what he looks like, except what the Internet suggests." He also joked, "This is what you get when you outsource."

Rumor has it, Banksy created the sequence based on reports that "The Simpsons" characters are animated in Seoul, South Korea. The artist's name was in the top 10 most sought search term on Google Trend for a while and a trending topic on Twitter. The video itself was watched by more than 50,000 people before 20th Century Fox started to pull it down for violations. But despite the withdrawal, many can still be found on YouTube with simple keywords. 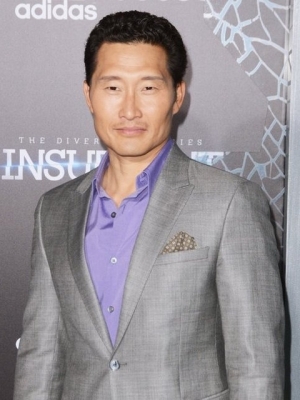