Clifton Collins Jr. Thinks Romulan Will Be Back in 'Star Trek' Sequel

In contrary to his co-star Eric Bana who said he will not reprise his role as Nero in the sequel, the depicter of Nero's first officer Ayel is adamant that he will return for the upcoming movie.

AceShowbiz - %cClifton Collins Jr.% has joined the list of stars who dish on an untitled Star Trek sequel. In an exclusive interview with AceShowbiz, the actor who plays Ayel, the first officer of villain Nero, claimed he will return to the forthcoming movie.

"Yes, absolutely 100|percent|," he said when asked if it is possible that his character or his Romulan leader, Nero, will be seen in the follow-up to "Star Trek". Urging producer J.J. Abrams to use him again for the sequel, he told ASB, "Now please go and tell JJ!"

"He actually called me at home and pitched the character to me," he shared, recalling the moment when he was asked to join the cast of the Box Office flick, before adding "it was truly an incredible experience working with JJ and his entire team. So much love on set for working such long hours."

This is, however, in contrary to %cEric Bana%'s statement in which he mentioned that he will not return to the forthcoming sci-fi movie project to reprise his role as Captain Nero, claiming "It was a one-shot deal." Aside from the speculation of Romulan's possible appearance, the project is under development with a target to release it in the U.S. on June 29, 2012.

During our interview, the 39-year-old who will soon appear in "The Perfect Game" was also willing to talk about upcoming "Yucatan" in which he has been in talks to star. While he did not confirm whether or not %cQuentin Tarantino% will direct it, the star revealed that the "Kill Bill" helmer is the first name appeared on his mind when he thought of who will be suitable for the job.

"I thought if there is anybody that appreciates and understand the greatness of what was before me, it would be Quentin!" Collins Jr. stated.

The full interview of Clifton Collins Jr. with AceShowbiz will be published on Wednesday, April 14. 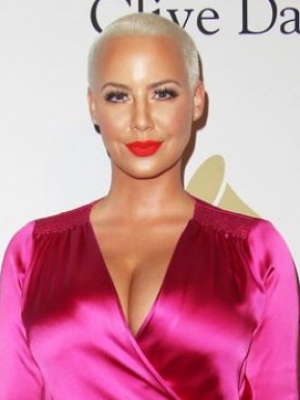