Pics of Angelina Jolie Filming 'The Tourist' in Paris

The film beauty was photographed shooting her part in an eatery without the companion of her co-star Johnny Depp.

AceShowbiz - Angelina Jolie has kicked off principal photography for "The Tourist" and the production process has been captured on a bunch of on-set pictures. On Tuesday, February 23, the leading lady was snapped filming her scene in an eatery in Paris, France.

Donning a white dress matched with cream gloves and shoes, Jolie was seen holding a newspaper while sitting on a chair. Her living partner Brad Pitt showed his support by visiting the shooting location.

That day, Jolie shot the scene herself without her co-star Johnny Depp. The actor recently told press at the junket for his film "Alice in Wonderland" that he will start filming "The Tourist" in Venice a day after Jolie begins the principal photography.

"The Tourist" is remake of 2005 French film entitled "Anthony Zimmer". In this upcoming movie, Angelina Jolie plays an Interpol agent locate a criminal with whom she once had an affair. Meanwhile, Johnny Depp takes the role of an American tourist who is used by Jolie's character as a dupe to reach her goal.

Julian Fellowes teams up with Christopher McQuarrie and Bill Wheeler in writing the script. Florian Henckel von Donnersmarck serves behind the lens despite previous report that he dropped out of the project. Columbia Pictures plans to release this thriller in 2011 but has yet to set an exact date. 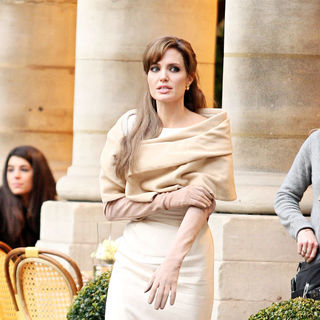 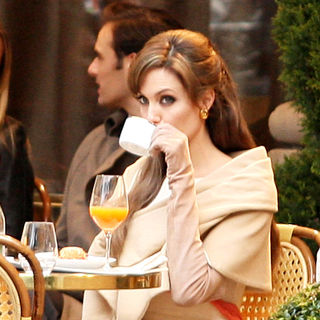 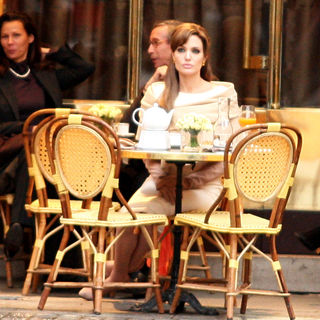 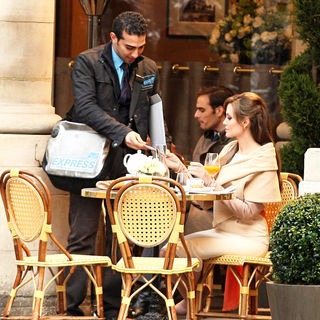