"Ian is gregarious, the life of the party and the one everybody gravitates toward; Paul is like a secretive, sexy, groovy vampire - he's on the opposite end of the spectrum," says Kayla.

AceShowbiz - Starring alongside Ian Somerhalder and Paul Wesley in The CW's "The Vampire Diaries", Kayla Ewell has nothing but praise for the actors, considering both of them very sexy and hot. "They're both so sexy! Every day I show up at work and think, 'It's not fair that you're this hot!" she tells OK! Magazine in an exclusive interview for its current issue.

"They're so charming in real life and each has a really engaging personality," raves the 24-year-old actress. "Ian is gregarious, the life of the party and the one everybody gravitates toward; Paul is like a secretive, sexy, groovy vampire - he's on the opposite end of the spectrum."

However, none of them is her choice when it comes to actor who has played the hottest male vampire as she tells the publication, "My all-time favorite is Brad Pitt in 'Interview with the Vampire'." About the 45-year-old film hunk she enthuses, "He's so sexy. I'm a fan of anything he does, but in that film he's a vampire who doesn't want to feed. There's something super sexy about someone who has to feed to survive but doesn't want to do it."

When asked to comment about her then-boyfriend Kellan Lutz who stars as vampire Emmett Cullen in "Twilight", Kayla says she shares acting tips with him. "It's fun to call Kellan and run ideas by him. He and I dated for years, when we were younger. We're really good friends still. It's so much fun for us, now, to see each other working and still be each otherâ��s support system. He's amazing," she tells OK! Magazine.

A Look at 'Alice in Wonderland' Characters Found 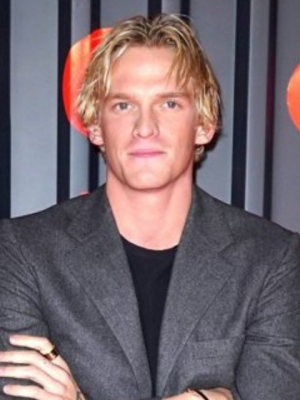