At the event which is Disney's answer to Comic Con, ABC put up a large poster of the sixth season that lines up almost all the main and secondary cast.

AceShowbiz - "Lost" is one of the shows which gets the highlight at the ongoing D23 Expo. Apart from auctioning its memorabilia, the show is also giving the first look into its sixth season's poster. The art, although simple, contains symbols written translucently on the fonts of "The Final Season". Also noticeable is the characters line-up that includes the fallen ones like Shannon, Charlie, Ana Lucia and Mr. Eko.

Since this would be the last season before the show ends for good, ABC has conducted an auction to sell its props at the Expo. Kate's toy plane, Hurley's winning lottery ticket, Locke's hunting knife, Sawyer's letter and many other pieces are sold to the highest bidder. These items are on display at the Anaheim Convention Center where the event is held from September 10 to 13.

On Saturday, September 12 at noon to 2 P.M., there will be Lost Trading Cards and autograph signings from two special cast.

"Lost" is set to return on TV next year with several familiar faces returning. Ian Somerhalder who plays Boone in season 1 has confirmed his return to the final season. Dominic Monaghan aka Charlie reportedly is also signed for three episodes. 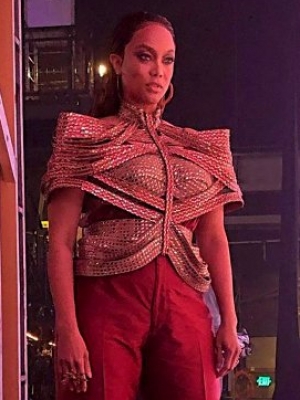