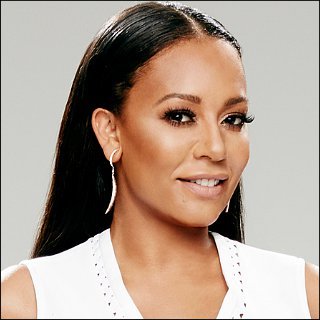 Rising to worldwide fame as a member of the girl group Spice Girls, Melanie (Janine) Brown was also known as the Scary Spice. She began launching a solo career in 1998 with the release of single "I Want You Back", which became the first soundtrack to the romantic drama film "Why Do Fools Fall in Love" before then being included in her debut album "Hot". Released in 2000, the set spawned two top 10 singles "Tell Me" and "Feels So Good".

After that Brown parted ways with Virgin and began working on her sophomore set under independent label Amber Cafe. Her second studio album "L.A. State of Mind" was released in 2005. This was followed by a third record under EMI Music Australia. "For Once in My Life", the first single from the album, was unveiled in September 2013, marking Brown's first record to be released after eight years of hiatus.

Music aside, Brown also had a career as presenter in a number of shows, such as "This Is My Moment", "Top of the Pops", "Party in the Park", and "The All Star Animal Awards". Besides, she also participated as one of the contestants on the fifth season of the popular dance competition, "Dancing with the Stars", back in September 2007. Partnered with professional dancer Maksim Chmerkovskiy, the duo won the runner-up position.

In 2010, Brown served as a celebrity mentor on the Australian version of "The X Factor" and was booked as a judge from 2011 to 2012. Her other TV works included serving as guest judge on the ninth series of "The X Factor" UK, co-host for "Dancing with the Stars" Australia for its twelfth season, a judge on the variety talent show "America's Got Talent", and as a coach on "The Voice Kids" Australia.

Brown was born on May 29, 1975 in Harehills, Leeds, Yorkshire, England. She has a daughter, Phoenix Chi Gulzar (b. 1999), with first husband Jimmy Gulzar whom she married from 1998 to 2000. She also has another daughter Angel Iris Murphy Brown (b. 2007) with then boyfriend Eddie Murphy. Marrying her second husband Stephen Belafonte on June 6, 2007, they become parents to daughter Madison Brown Belafonte (b. 2011).