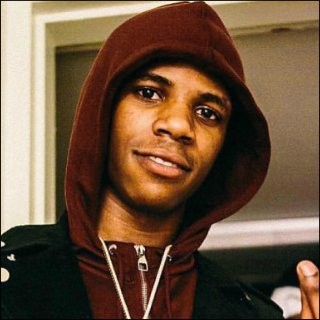 Born Artist Julius Dubose on December 6, 1995, A Boogie Wit Da Hoodie began rapping during his teenage years after being inspired by Kanye West and 50 Cent. After graduating from high school, he began to focus on music while working jobs in different sectors including construction and pizza delivery. Hiring a singing coach to help improve his vocal, Hoodie released his first song, "Temporary", at the age of 19.

Attempting to make hip-hop his full time career, Hoodie moved to New York in 2015. He set up a home studio with fellow rapper Quincy "Qp" Acheampong in addition to creating their own label, Highbridge. In the following year, Hoodie unveiled his first mixtape titled "Artist", which made him be included on Forbes' list of up-and-coming rappers. The effort yielded platinum singles "My S**t" and "Jungle".

Months after releasing his first project, Hoodie unearthed a collaborative project with Don Q called "Highbridge the Label: The Takeover Vol. 1" on May 18. He went on to open three dates of Drake and Future's "Summer Sixteen Tour" before signing a deal with Atlantic Records. Later in October, he released his first EP "TBA", which peaked at No. 63 on Billboard 200. The album was also listed on Rolling Stone's Best Rap Albums of 2016.

Enlisting the likes of Chris Brown, Kodak Black, 21 Savage and Trey Songz, Hoodie released his debut studio album "The Bigger Artist" on September 29, 2017. The effort arrived at No. 4 on Billboard 200 chart, while its lead single, "Drowning", peaked at No. 38 on Billboard's Hot 100. It became his highest-charting single in the country so far.

Hoodie released a few collaborative tracks afterward, being featured on 6ix9ine's 2018 songs "Keke" and "Waka". The former song peaked at No. 43 on Billboard's Hot 100. He additionally released his second EP "International Artist" in June 2018 before unleashing his sophomore album "Hoodie SZN" on December 21. "Hoodie SZN" debuted at No. 2 on Billboard 200 before climbing up to the top spot on January 14, 2019. It became his first No. 1 album on the chart.