One of the greatest running backs of all time, Emmitt Smith III, who overcame his poverty through his successful football career, now hopes he can learn more about who he truly is. According to Emmitt, you need to understand where you were to appreciate where you are. Emmitt wants to know how he connects to the motherland of Africa and what impact that has on who he is. These are just some of the questions that he hopes will be answered through this journey.

Emmitt knows that tracing his African-American roots will be difficult and takes a DNA test in the hopes that it will aid him on his search. Emmitt leaves his family in Dallas, Texas and journeys to Pensacola, Florida, where he grew up. Emmitt hopes his mother and father can shed some light on who his grandparents were. Emmitt learns from his mother, Mary that his grandfather had a hard time growing up, not having enough to eat at times. Emmitt's father, Emmitt Jr., tells him that his grandmother was Erma Lee Watson and to find more information on their family website.

Using his family's website, Emmitt learns that Erma Lee grew up in Burnt Corn, Alabama. According to the website, Erma Lee's father was Frank Watson, who was the son of William and Victoria Watson, or Emmitt's great-great grandparents. Emmitt, feeling like a detective, makes his way to Burnt Corn, Alabama, which looks more like a deserted town. However, Emmitt makes a remarkable discovery in Burnt Corn: his second cousin, Joe Watson, whose great-great grandparents were also William and Victoria Watson. Joe suggests that Emmitt go to the Monroeville County Courthouse to learn more about his ancestors.

At the Monroeville County Courthouse in Burnt Corn, Alabama Emmitt meets with Dawn Crook, an archivist, who tells him that finding genealogy for the black people is hard, since things were separated in the '60s. Emmitt is shocked to find a marriage license book that says: Marriage License: Colored. For the first time, Emmitt feels the power of separation in America and how his people must have felt isolated. Using Ancestory.com, Emmitt discovers that his family fit in with the Watsons also learns that William Watson was born in 1862; Victoria in 1864, meaning they were both born as slaves. Now Emmitt wants to know how William Watson's family tree began, and more importantly, where.

Emmitt meets with Marjorie Sholes, a top expert in African-American genealogy. Marjorie finds the marriage license of William and Victoria, with Victoria's Maiden name--Puryear. Marjorie shifts their search to where the Puryear name came from, and using her resources, learns that Victoria Puryear was born toPrince Puryear and Annie McMillan. Emmitt wants to know who Prince Puryear's father was, and where the name Puryear came from.

Again using Ancestory.com, Emmitt and Marjorie find Prince Puryear's records that say he was a "mulatto"; specifically a mix of the black and white races. Emmitt sees another name that catches his eye, Mariah, a housekeeper who was also a mulatto and who could be Prince's mother. Emmitt wants to find out if he has white blood in him and where it came from. From the 1850 census, it only shows that the Puryears were the slave-owning family in the county: Alexander and Mary.

Emmitt travels to an old plantation in Alabama, the Claiborne House, to find out more about Alexander Puryear. Emmitt learns through a letter that Alexander was a slave trader and came from Virginia. When visiting the gravesite of the Puryear family, Emmitt reads Mary Puryear's will and finds that she passed on Mariah and Prince, among her other children, to another family. However, the family as a whole was valued at a net worth of $2,250, and Emmitt realizes that his family was put on a list of other property, such as silver teaspoons and candlesticks. It is here that Emmitt understands why black Americans fought so hard for freedom and justice. More heartbreaking is the fact that when Emmitt asks where Prince's grave might be, Marjorie points him toward the woods where many blacks were buried, since even in death, white and black were separated. However, Emmitt takes peace in learning that Mary Puryear kept Prince and his mother Mariah together, instead of selling and separating them.

Emmitt heads to Virginia to find more information on Alexander Puryear, who was Mariah's slave owner. When he gets to Virginia Emmitt is shocked to see that the name "Puryear" is slapped on businesses such as tire and flower shops. Emmitt meets with John Caknipe, a local historian, who says that Alexander Puryear was one of the first settlers in the town on Boyoton, Virginia in 1765. Slave trading occurred at a local tavern where men, women and children were auctioned and sold. The more Emmitt learns about slavery, the more painful his journey becomes.

However painful the history of slavery is, Emmitt believes that Mariah Puryear, his fourth-great grandmother, may be the link between the black and the white side of his family and the key to his roots. At the Mecklenburg County Courthouse Emmitt researches Alexander's father, Samuel Puryear, who is in book 22--the football jersey number that Emmitt has been wearing since college. He learns through the deed book that Samuel Puryear gave his son Alexander a young slave girl by the name of Mariah; she was only 11 years old at the time. John Caknipe believes that Samuel probably had Mariah "bred," meaning that quite possibly, Samuel was Mariah's father--but there is no way to be sure. To put things in perspective for Emmitt, John shows him a booklet that talks about the breeding of horses and dating all the way back to England--meaning that at the time, horses were treated better than Emmitt's ancestors. At least the horses had documentation about their backgrounds.

Emmitt cannot fathom how Mariah must have felt as a young 11-year-old girl being passed down with a bridle and a horse like common property. Emmitt empathizes with his fourth-great grandmother, having young children of his own. Professor Steven Deyle, a historian of the domestic slave trade from the University of Houston, helps Emmitt find more answers about Mariah. Steven believes that Mariah was born to a slave mother and that is was quite possible Samuel was Mariah's father. However, Samuel most likely raped Mariah's mother, and like many other slave owners of the time, when they impregnated their slave women, they usually sold the child and mother away because the slave owner's wife did not want to be reminded of her husband's infidelity. Steven believes Alexander did not sell Mariah off because he saw her as his sister. Although Emmitt considers Samuel a cold and heartless human, he also has to recognize that the man was his great-great-great-great-great grandfather. On the brighter side, after the Emancipation, Mariah was with all of her children. She was also smart in naming her first child Mary, after Alexander's wife, to remind them that she was part of their family.

Steven tells Emmitt that beyond Mariah, he won't be able to trace anything further back because the documentation ends with her. Emmitt feels disappointed, but is happy with the discovery of Mariah and her strength. Now, he is looking to connect with his roots, and uses his DNA results to do so. He meets with Meghan Smolenyak from Ancestory.com who informs Emmitt that he is seven percent Native American, 12 percent European (which suggests several European ancestors in his family tree) and 81 percent African. This means Emmitt's next journey will be to Africa.

Emmitt travels to Africa, along the old slave coast of Benin--the second biggest exporter of slaves during the slave trade. Emmitt goes to the Ouidah Museum of History (a former Portuguese slave fort) to find out more about his African heritage. Emmitt meets with guide Ola Falola. He realizes he is standing on the courtyard where the weak slaves were set apart from the strong; the strong were sent away and sold. Emmitt is invited to a small village to show him what it might have been like for his ancestors. Emmitt learns that even now, there is still slavery and trafficking in Africa, and that these children have been saved from being sold into slavery. For Emmitt, to know that this is still happening in modern times is tragic--any one of these children are just like his fourth-great grandmother, Mariah.

Now that Emmitt knows more about his connections to the motherland, he reunites with his wife Pat in Africa to tell her about his journey. Emmitt believes he has found what he was looking for and can feel his ancestors thanking him for finding their souls--they are no longer lost or forgotten. According to Emmitt, history is no longer history anymore, it's "my story." 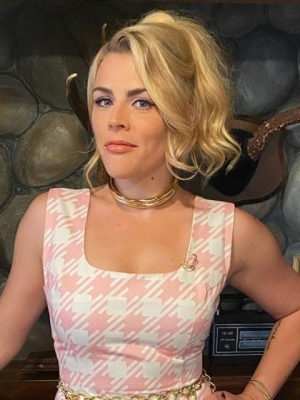